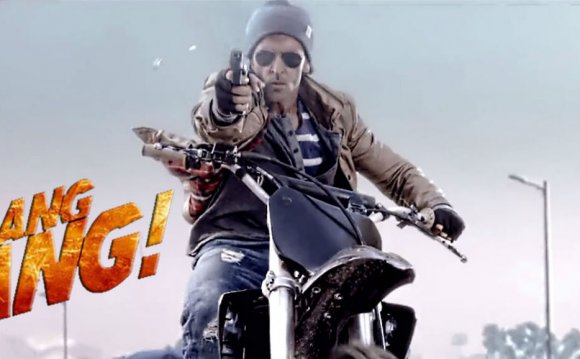 Global Hollywood phenomenon, the next franchise of the Star Wars series - Star Wars: The Force Awakens - has grossed $1 billion or Rs 6, 614 crore in 12-days of its worldwide release. Five-months ago, Universal Pictures' Jurassic World had also crossed the $1 billion mark in 13 days of its release. But that collections for Jurassic World included the record breaking collections from China where Star Wars will be released in January.

To put its commercial success in perspective, Star Wars latest edition has generated nearly half the business generated by Indian film industry in a year. If we take 2015 calendar year, Star Wars global collections are five time the combined box office collections of the top 10 Bollywood films. The top ten Bollywood films, which include Bajrangi Bhaijaan, Prem Ratan Dhan Payo, Tanu Weds Manu Returns, Dilwale, Bajirao Mastani and ABCD-2 and others together generated around Rs 1, 400 crore at the domestic box office. Even after adding the global collections, the figures are much below the Rs 2, 000 crore mark.

The Walt Disney Co. said "The Force Awakens" crossed the billion-dollar mark on 27 December. According to a Reuters report, J.J. Abrams' instalment of Star Wars also posted the biggest Christmas Day box office in history with $49.3 million and the best second-weekend earnings with $153.5 million.
"The Force Awakens" has been setting records since its debut 17 December. It brought in a galactic $238 million in North America over its opening weekend, besting previous record-setter "Jurassic World, " and set international opening-weekend records in Australia, New Zealand and throughout Europe, the report said.

The film had also scored the biggest worldwide debut with $529 million. It also topped $100 million in IMAX screenings in 10 days, another global record.

For Fans Bollywood Rules
Back home, the fans continue to celebrate the success of two of the biggest Bollywood films that released on the same date - 18 December. Dilwale and Bajirao Mastani are reported to have grossed over Rs 400 crore globally. The numbers are purely sourced from the information disseminated by the distributors of these two films. However, at the domestic box office, the collections of Shah Rukh Khan's 'Dilwale' are reportedly slowing down. But 'Dilwale' has become the fourth biggest grosser from Bollywood in 2015 having crossed the Rs 200 crore mark behind Bajirao Mastani, Salman Khan's 'Prem Ratan Dhan Payo', and 'Tanu Weds Manu Returns'.

Till the end of business on 26 December, 'Dilwale' had generated Rs 110.76 crore from the domestic run said Red Chillies Entertainment, the distributor of 'Dilwale' and a company owned and controlled by Shah Rukh Khan himself. Meanwhile, Ranveer Singh, Deepika Padukone and Priyanka Chopra's Bajirao Mastani also crossed the Rs 100-crore mark at the box office in India. After nine days at the screens, Bajirao Mastani is reported to have earned Rs 108.7 crore at the domestic box office said film trade analyst Taran Adarsh.

How Both Fared Since Release
The clash of these two blockbusters - Dilwale and Bajirao Mastani - has proved to be a winner for movie goers, producers, distributors as well as for the business of Bollywood films in the calendar year 2015.

Between both these blockbusters, the opening weekend collections (Friday, Saturday and Sunday) zoomed to Rs 111.86 crore at the domestic box office. Reports suggest both these films are being liked across India and the overseas markets. With no other significant Bollywood release till the first week of January, both these films are expected to together gross over Rs 300 crore or more at the domestic box office. They are around Rs 95 crore short currently.

According to veteran film trade expert Komal Nahta, Bajirao Mastani overtook Dilwale in US-Canada on the opening Sunday. "That's quite an achievement for Bajirao Mastani. Dilwale 9, 962. Bajirao Mastani 7, 943. Grosses an impressive .5 million Overseas in 1st weekend. That's Rs. 29.85 crore, " Nahta had said.
Overseas Business
Overseas too both the films managed to make waves. Dilwale had its biggest opening in Malaysia for a Bollywood film while in New Zeland it was number two on the box office charts. In US, Dilwale was ranked number 9 in Top 10 chart, said Nahta while in Australia, Dilwale is the biggest ever release for Shah Rukh Khan. In UK too, Dilwale clocked the highest opening for a Bollywood film in 2015. In the Gulf countries too it was ranked as the number one film ahead of Star Wars.

On the opening day - 18 December - Dilwale reportedly had higher occupancy at the domestic box office. As per the occupancy reports of the opening day, 'Dilwale' had registered an edge over 'Bajirao Mastani' with a much higher opening of around 60-70 per cent in multiplexes as compared to less than 40 per cent for the period drama. As per the actual numbers reported by an agency representing Eros, the distributor of Bajirao Mastani, the film grossed Rs 12.80 crore on December 18, Rs 15.52 crore on December 19, and Rs 18.45 crore on 20 December.

Dilwale was released across India, Australia, Norway, Pakistan, Myanmar, the United Kingdom, Canada, the United States and South Africa. In Pakistan, Dilwale is reported to have generated around Rs 5 crore as the opening day collection breaking all previous first day collection records. However, in West Asia, overseas exhibitors were bullish on Eros International's Bajirao Mastani which was released in 850+ screens, said Nahta.

After the first day success, film director Karan Johar had tweeted and declared Dilwale as a "blockbuster". "No doubt about that!! Box office rage coming!! Huge congratulations to SRK Kajol Varun Kriti and Rohit Shetty!!" Johar had said in his Tweet.
Dilwale is being released by Shah Rukh Khan's company and is said to have been made at a budget of over Rs 75 crore. In order to be termed as a commercially successful film, Dilwale will have to generate around Rs 180-200 crore at the domestic box office, say trade experts. Bajirao Mastani is reported to have been made on a budget of Rs 120 crore of which the producer is said to have recovered half of it via the sale of its satellite and music rights. It has been released in around 2000+ screens in India while Dilwale was released in over 3000+ screens.