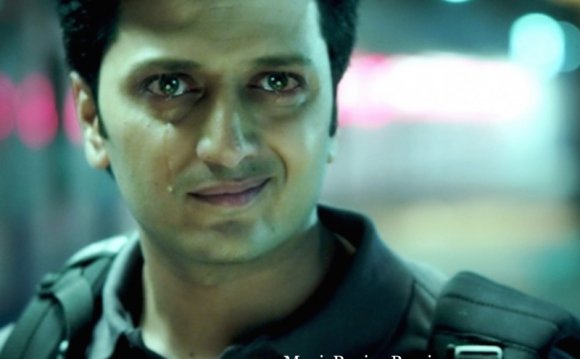 If Bollywood enraptured viewers by its offerings, actors too impressed by donning diverse roles - from ostentatious to serious to comic. They took various roles and enhanced the movie viewing experience. If first-rate actors like Aamir Khan and Shah Rukh Khan rocked the box office, others too stole the show with their meticulous acting skills.

IANS lists the top male performers of the year:

Shahid Kapoor: His role in Haider can be described as the best performance of his career. Shot in the Kashmir valley, the quintessential Vishal Bhardwaj directorial was an adaptation of Shakespeare's Hamlet. Apart from doing good business at the box office, the film was well received by critics, who were enamoured by Shahid's work.

Randeep Hooda: Imtiaz Ali's Highway featured the off-beat pair of Alia Bhatt and Randeep Hooda. This however did not stop the film from making an impact on the audience. Mostly shot in the scenic locales of northern India, it presented Hooda as a goon who kidnaps the protagonist, and he breezed through his role. A classic example of Stockholm Syndrome, the film gathered much critical acclaim following its release in February. Apart from Highway, Hooda also appeared in a pivotal role in Salman Khan starrer Kick and he lived up to the expectation of his fans in the commercial drama.

Nawazuddin Siddiqui: After giving extraordinary performances in the past years, Nawaz yet again exhibited his talent in Kick, a masala movie, and then wowed with his performance in indie movie Liar's Dice, which was India's official Oscar entry for the best foreign language film category.

Rajkummar Rao: He played Vijay in Queen and Deepak Singh in CityLights and proved his versatility through the lucid roles. The former was a women centric drama and Rajkummar created the perfect contrast for the protagonist. CityLights, directed by Hansal Mehta, saw him in the much central and serious role. Centered on urban-rural migration, the film, an adaptation of a British movie Metro Manila, saw the actor giving his best.

Salman Khan: Although the Bollywood superstar did not feature in any movie in 2013, Salman has had two releases this year, Jai Ho, which also stars Daisy Shah and Tabu, and Kick. While his performance has always allured the audience, his films have also ranked well at the box-office blockbusters list. Kick, which released ahead of Eid, crossed the Rs.100-crore mark on the fifth day after its release.

Hrithik Roshan: Although Hrithik's action-thriller Bang Bang! didn't appeal to the critics, the film did exceptionally well at the box-office, crossing Rs.150 crore in India, and took the worldwide box office collection to close to Rs.300 crore. The superficial action sequences and Hrithik's trademark dance catapulted the movie to the top of the charts. Hrithik appeared beside Katrina Kaif in the Siddharth Anand directorial and movie buffs liked their on-screen chemistry.

Akshay Kumar: With the comic Entertainment and action-thriller Holiday under his belt, Akshay entertained his fans thoroughly. He plays a soldier in A.R. Murugadoss's Holiday, which minted Rs.102.62 crore in three weeks at the domestic box office, and Entertainment, a typical Akshay comedy, earned over Rs.20 crore in the first two days after its release.

Shah Rukh Khan: He is a perfect entertainer and he entertained moviegoers with Happy New Year so much so that it topped the box-office charts and crossed Rs.300 crore world-wide collection. SRK's eight-pack in the rooftop fight scene with Korean dancers made it his show all the way. The star-studded heist drama, which was directed by Farah Khan, had Deepika Padukone and Abhishek Bachchan.

Ajay Devgn: His movies Singham Returns and Action Jackson have both had super openings. While the former amassed Rs.32.09 crore on the opening weekend, the latter collected Rs.28 crore. With that kind of success, our serious hero has pleased the audience with his action sequences and dialogues.

Aamir Khan: Last but not the least - Bollywood's perfectionist Aamir Khan is the talk of the town, thanks to his alien avatar in PK. Everyone unanimously feels that Aamir has surpassed his past performances with the film, which throws light on the ills in society. Once again he has proved, when it comes to choosing subject, he knows how to stand out.