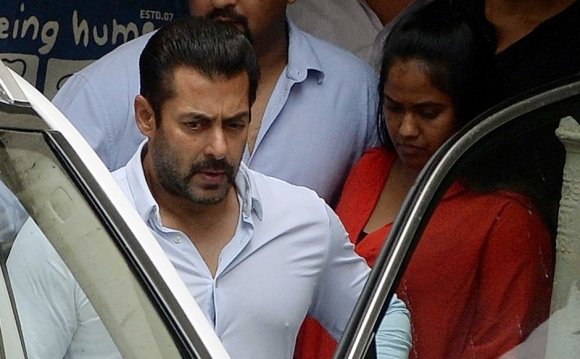 Bollywood actor Aamir Khan spoke out on Monday against what he described as a rising tide of religious intolerance in India, saying he understood why his wife would want to leave country, the Hindu reported.

“She fears for her child. She fears about what the atmosphere around us will be. She feels scared to open the newspapers every day, ” Khan said in remarks at the Ramnath Goenka Excellence in Journalism Awards in New Delhi. “You feel why this is happening, you feel low. That sense does exist in me.”

The actor referred to the lynching in late September of a 50-year-old Muslim man in a village near New Delhi, carried out by a mob enraged by rumors that the man had butchered a cow and stored beef at his home. (Cows are considered sacred animals by Hindus.)

A prominent Indian politician, Manohar Lal Khattar, would later apologize for remarking in an interview with the Indian Express that “Muslims can continue to live in this country, but they will have to give up eating beef … The cow is an article of faith here.”

Khan meanwhile applauded the number of Indian writers, scientists and filmmakers who have since returned awards bestowed upon them by the country — an act of protest against, as biologist P.M. Bhargava phrased it, “the government’s attack on rationalism.” The common sentiment within the dissent is a belief that the government of Prime Minister Narendra Modi, who leads the right-wing Bharatiya Janata Party (BJP), has fostered a climate of discrimination against India’s religious minorities. The country, which is the world’s second most populous, is roughly 80% Hindu and 13.5% Muslim.