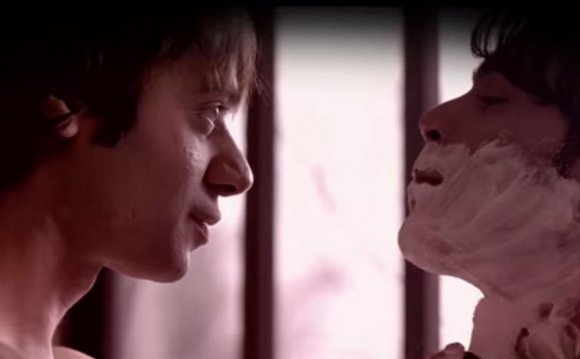 The subject of homosexuality in India, let alone Bollywood, has for long remained taboo.

However, things have starting changing and Bollywood’s attempt to grapple with the concept of same-sex love could be the cause or effect of the slow acceptance of homosexuality in our country. On the occasion of International Day Against Homophobia, we dissect how our film industry is dealing with this theme in its creations.

The path breaker was Deepa Mehta, when she made her first installment of her elements trilogy, ‘Fire’ (1996). A movie well ahead of its time – if the protests and controversy are anything to go by – it was loosely based on Ismat Chugtai’s 1941 story, ‘Lihaf’. The story of the love and passion that grows between two married women in a stifling and controlling household came under huge criticism from right-wing groups when it was first released.

It was the same year that the little known short film ‘Bomgay’ was made and released (albeit, not in India). Based on the works of poet R. Raj Rao, gay director Riyad Vinci Wadia got Rahul Bose to star in this film. Touted as the first Indian gay movie, this film explores the gay culture in Bombay.

6 years later, Sahitya Akademi awardee Mahesh Dattani gave us the arthouse movie ‘Mango Soufflé’ (2002). A movie that explores the coming-out of a lonely gay fashion designer in a comic way – it did not create as much furore as ‘Fire’, heralding the slow acceptance of gay movies among Indian public.

After that came a spate of mainstream Bollywood movies which dealt with homosexuality as a secondary concern; and there were some others that outright smacked of homophobia. Cases in point are Karan Johar’s movies, for instance - ‘Kal Ho Na Ho’ (2003) – where the character Kanta Ben is horrified at the seemingly gay relationship between Shah Rukh Khan and Saif Ali Khan.

Johar squeezes as much humor as he can out of this comedy of errors – as he does in his 2008 movie ‘Dostana’.

Some other movies in the first decade of the new century which have dealt with homosexuality as one of its themes have been ‘Turning 30!!!’

(2011) and ‘Honeymoon Travels Pvt. Ltd.’ (2007), which depicts the emotions of a newly wedded man when he realizes he is gay, while at the same time, another newly-wed couple makes peace with the husband being gay so as to have a amiable marriage.

In the same way, the character of Samir Soni who is a gay fashion designer in ‘Fashion’ (2008) marries model Mugdha Godse to make peace with his family. These, more than KJo’s depictions, have been realistic in that they are common in conventional Indian middle-class families.

Onir, one of the few openly gay directors in Bollywood, has also dealt with the stigma of being gay in India in his movies ‘My Brother Nikhil’ (2005) and ‘I Am’ (2010).

‘My Brother Nikhil’, especially, was path-breaking for dealing with the theme of gay relationships and HIV/AIDS.

And then there are those movies which jump on the bandwagon with no soul and all sensationalization. We are talking about ‘Girlfriend’ (2004), which played up the stereotypes of a lesbian relationship without actually moving the audience.