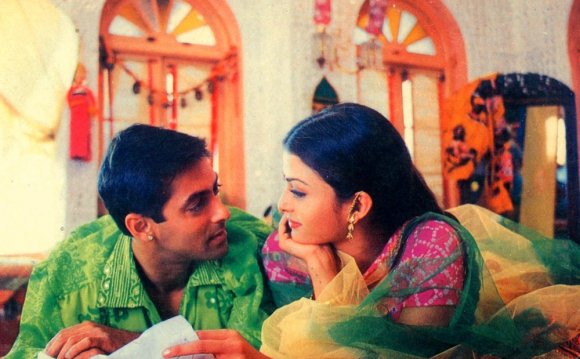 Last week saw the opening of Sion Sono’s magnificently batty Japanese hip-hop musical Tokyo Tribe. That’s something: Two foreign-language musical films arriving on American shores in the same week. It’s a genre that doesn’t seem to travel as well as others — due to the difficulty of translating lyrics, perhaps, and also because musical tastes differ so much from country to country. While the U.S. does now see a steady stream of Bollywood releases, it’s still rare to find musicals from other countries in American theaters. It’s a shame, really, because the diversity of international musicals throughout film history has been staggering.

So, this seemed like an ideal time to go around the world and highlight some of the best ones. Of course, some countries will fare better than others on a list like this. (India and France, probably to no one’s surprise, dominate it.) And there are gaps in history, too: For example, many early Brazilian musicals featuring Carmen Miranda, and Portuguese ones featuring fado singer Amalia Rodrigues, are lost to the ages. Even when a film isn’t lost, it’s not always easy to see it: How often do you come across retrospectives of 1930s Japanese musicals, or 1950s Egyptian musicals? Still, we hope this list will be informative in highlighting lesser-known films worth seeking out.

Now, some rules: For the purposes of this list, the films and the songs therein really do have to be in a language other than English. (The South African musical Sarafina!, which is in English, with songs mostly in English, was not eligible for that reason.) Also, we excluded musical documentaries, animated films, and filmed operas, the latter due to the fact that it’s really a genre unto itself. (But a film that references opera is okay, so: no to U-Karmen, but yes to Karmen Gei.) We also decided not to give any one single director more than two spaces on this list — otherwise it would have been too easy to turn it all over to such pivotal names like Jacques Demy and Carlos Saura.

Our approach to the musical may be a bit looser than most. Everybody conceives of the genre a little differently. (In Bollywood, for example, where the vast majority of works feature singing and dancing, a movie is only really considered a “musical” if it’s specifically about music or musicians.) So, there are a number of films on this list that aren’t walking-down-the-street-bursting-into-song movies, but rather ostensibly realistic stories set in and around the world of music (such as Emilio Fernandez’s magnificent Victimas del Pecado) that allow their musical scenes to go on at some length. Such films may not fit the traditional Stanley Donen–Busby Berkeley mold, but they’re still suffused with singing, dancing, and performance. In these movies, music and dancing are just a part of life. And isn’t that, ultimately, the essence of the movie musical?

50. Fatmah (1947)The Egyptian singer Umm Kulthum was one of the Arab world's greatest singers, helping to breathe new life into traditional musical forms. Her voice was refined, but it spoke of the pain of heartbreak, poverty, and injustice. All throughout the Middle East (and beyond), she became a figure of renown — an iconic diva who traversed class divides and allowed the masses to enjoy classical folk songs. In Ahmed Badrakhan's Fatmah, she plays a role perfect for her: a modern woman who believes in traditional virtues, a beloved neighborhood nurse pursued by the scion of a wealthy family. After she finally relents and marries him, his stuck-up family intervenes — and she suddenly finds herself abandoned. This is pure melodrama, the kind in which our heroine suffers nobly, the rich have power but lack backbone, and the moral code of the streets trumps even the judicial system.