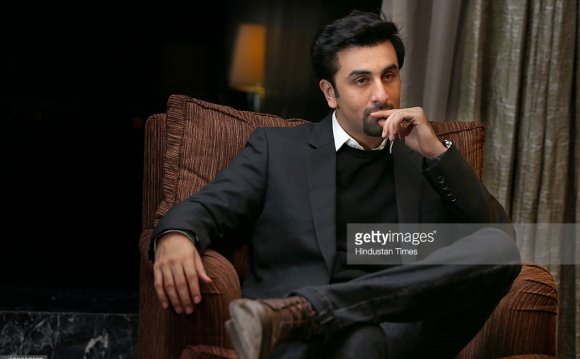 Ranbir Kapoor (born 28 September 1982) is an Indian actor who appears in Bollywood movies. Before starting as an actor, Kapoor appeared in two short films: Passion to Love (2002), which he directed himself, and India 1964 (2004). Kapoor, who was initially aspiring to be a director, assisted Sanjay Leela Bhansali with the direction of the 2005 movie Black. Not much later, Bhansali asked him to act in his next directional venture, , opposite newcomer . The film didn’t do very well at the box office, but Kapoor’s performance was largely appreciated, and he won the Filmfare Award for Best Male Debut that year.

Kapoor earned positive reviews for his performance in (2009). He later appeared in the romantic comedy (2009) and the political thriller (2010), the latter being his largest commercial success to date. In 2011, Kapoor starred and earned critical acclaim for his performance in Imtiaz Ali’s, for which he received the and awards at the Filmfare ceremony.

Kapoor currently lives with his parents - Rishi and Neetu Kapoor - in Mumbai. In March 2008, he announced that he was dating Bollywood actress Deepika Padukone. The couple have since broken up.

As of January 2013, Kapoor is scheduled to appear in Ayan Mukherjee's alongside Deepika Padukone, Anurag Kashyap's Bombay Velvet opposite Anushka Sharma and Abhinav Kashyap's Besharam alongside .

All you need to know about Ranbir Kapoor

The charming Ranbir Kapoor has cinema running through his blood. Speak of Raj Kapoor’s naive optimism, Shammi Kapoor’s joyful abandon, Amitabh Bachchan’s angry young man persona, or Shah Rukh Khan’s east-meets-west act - every generation has had an actor that reflects the aspirations of that era. And there’s probably just one Bollywood actor who can rightfully claim this iconic stature for the present generation - Ranbir Kapoor. The hottest bachelor in town (if we go by what he says about being single) has managed to engage the attention of the cellphone tapping, social network addicted Gen-Y Bollywood audience with his films. Love him? Hate him? This may be helpful either way.

Claim to Fame: His towel act in debut film Saawariya.