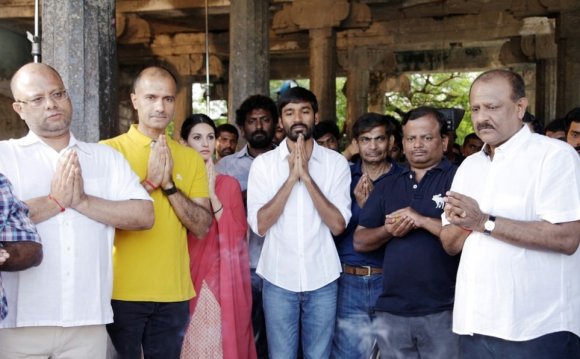 Too busy: Model and Bollywood actress Poonam Pandey is currently shooting an item number in Bangalore

Bollywood actress Poonam Pandey, who is all set for her debut in the south with a Kannada movie, is playing a hide and seek game with the police of two states.

Both the Mumbai and the Bangalore police have failed to deliver her a court notice in a case pending against her.

The case, pertaining to a private complaint filed in a Bangalore court, is up for hearing on October 31.

S Umesh had filed a complaint against Poonam alleging that she had hurt Hindu sentiments by posing semi-nude before a photograph of Lord Vishnu in 2012 for an advertisement.

On the basis of the complaint, the actress was booked under IPC (Indian Penal Code) Section 295A (deliberate and malicious acts, intended to outrage religious feelings).

She failed to appear on both the occasions as she did not receive any summons from the police.

On both occasions, the Bangalore police cited "untraceable" as the reason for not delivering the summons.

The third summons was issued in June this year. On this occasion, the summons was ordered to be served through the Mumbai police commissioner.