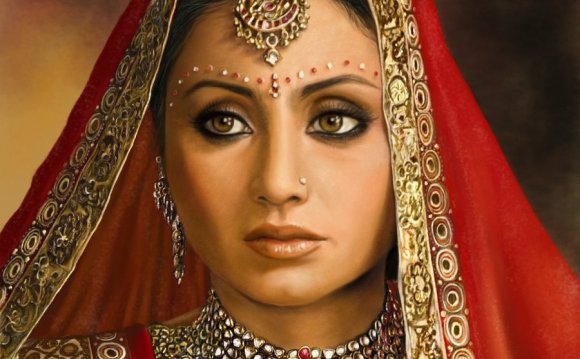 Of late, we have seen Miley Cyrus going topless at music events, and posting her nude pictures on Instagram. However, for our Bollywood actresses — 'To strip or Not To Strip' is still a question, though they don’t mind taking their tops off for a movie, photo shoot or a magazine cover. While there are a few who still think twice before going for bikinis, we appreciate those who have gone a step ahead and decided to be more liberal. From Vidya Balan to Yana Gupta, let’s have a look at these hot Bollywood babes:

Mrs Khan has always played on her own terms. Though she has her own rules about stripping in front of the camera, she looked elegant and hot on the Kurbaan poster featuring her and hubby Saif Ali Khan.

Though we love her in cotton saares, but in Daboo Ratnani’s photo shoot, she was sizzling.

This flawless beauty posed only in shots for FHM Magazine.

Undoubetbly, the Bhatt discoveries have always been bold and here’s the proof. Look at Esha Gupta, flaunting her curves while relaxing on the beach. She got topless for the Kingfisher calendar.

We know she works hard to look fit, but do you know she also loves tro show her chocolate brown bare. Well, she looks very hot!

Though we still count her as a kid, Alia Bhatt decided to pose topless with a black cat in her hands for Dabboo Ratnani.

The exotic Brazilian actress has been seen in films like Desi Boyz and I Hate Luv Storys. She poses seductively in nothing but a frilly skirt for the Kingfisher calendar, where she looked quite hot.

This cute babe changed her image after Kidnap. She looked hot and sexy in bikini. This has to be her most daring photoshoot yet! We gotta say she looks good.

This stunning American-born Pakistani-Czech model shot for the Kingfisher calender, before featuring in Rockstar.

This Drishyam actress did the semi-nude shot and looked quite amazing. Well hot!

Another actress who posed for the 'Open Magazine' is none other than Deepika Padukone. We must say she looked hot and classy.

Neha Dhupia went topless for a cause to promote global cooling and recycling in this campaign.