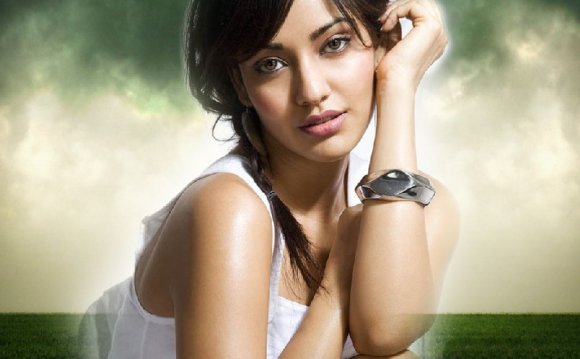 Top 10 Bollywood actresses in swimming costumes in 100 years of Indian cinema. Bollywood is considered to be the world biggest movies industry. Industry which is dominated by men we have seen some outstanding actresses as well. In the 100 years of Indian cinema, women have evolved in many ways. While bold scenes and showing of skin on the silver screen was a relative taboo, many actresses moved ahead with the times. They shed such inhibitions to flaunt it all. From the sexy Zeenat Aman to the sultry Lara Dutta, a woman in costumes and bikini is no more a no-no for Bollywood actresses.

Here’s a look at 10 Bollywood actresses in swimming costumes.

Bipasha looks hot in anything but her multi coloured bikini sizzled on the beaches of Rio while shooting for Dhoom 2. She looked natural and at ease.

The formal Miss. India Lara Dutta had temperatures soaring when she went snorkeling in a sexy bikini in the film Blue. The weight loss and hard work was apparent and she surely had everybody swooning with those curves!

Anushka Sharma is too lanky to be considered hot or sexy. Although she showed off a slim body in Ladies vs. Ricky Bahl, it did nothing much for the eyes.

What does one say for someone as hot as Deepika Padukone? This beautiful queen took everyone’s breath away when she casually stepped out in a red bikini in the film Cocktail. Her flat stomach and toned body can put her contemporaries to shame. This girl surely knows how to get all the attention.

The one of beautiful queen of Bollywood Kareena Kapoor (bebo) showing her fabulous assets by wearing hot and sexy black swimsuit in kambakkht ishq movie. She also do this look in Tashan. Where she went from plump to size zero. She created a national craze by being stick thin. And to get into shape, Bebo stuck to a regime of power yoga combined with dieting to look like a million bucks. Suddenly size zero was the new term on everyone’s lips. Never mind the fact that she could retain this size for long. Kudos to her hard work and discipline.

Shilpa Shetty is a role model for women because of her svelte figure. Unlike other actress, she was always conscious of her figure and looked fit in all her films. In Baazigar she could have easily worn a bikini but keeping the modest 90’s in mind. she didn’t look bad at all in this hideous swimming costume.

The most iconic actress in the history of Hindi cinema. The B’wood beautiful queen, Madhuri Dixit wore a costume twice. Once in Tezaab and the second time in Mujrim. But she looked hotter in Tezaab and hotter than Mandakini who also donned a black swimming costume in the film. A rare scene coming from Madhuri Dixit ever.

Zeenat Aman was credited with making a lasting impact on the image of its leading actresses by bringing the western heroine look to Hindi cinema. She was the sex symbol of her times and it was hard for any of her contemporaries to give her competition. In this scene from the film Qurbani, she sizzles in a white bikini flaunting her perfectly toned body.

One of the sexiest actress of the time. The bikini trend-setter Dimple Kapadia made her acting debut at the age of 16. in Raj Kapoor’s teen romance Bobby. She was bold and not one to shy away. In Saagar, she’s seducing Rishi Kapoor as she’s swimming in a black costume. But what to the cake was when Dimple’s sarong slips, exposing her bare breast. Dimple had earlier worn a red bikini in her debut film in 1973.

One of the few fit, Impressive actresses of her time. The Iconic Bollywood Actress, Sharmila Tagore was uninhibited when it came to exposing. Cute and petite as she was, she moved with the times and donned a blue costume for the film, An Evening in Paris. She also graced the cover of Filmfare magazine in a polka dotted bikini. (source: )