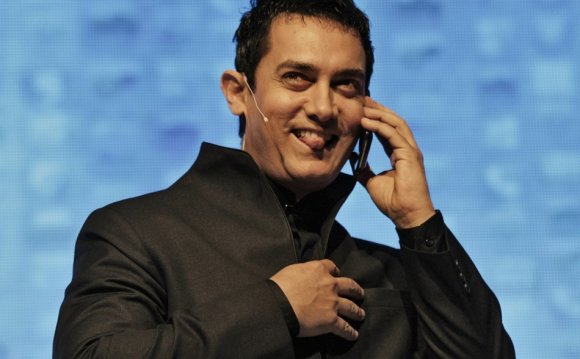 Kangana Ranaut says: “I think the kind of films and roles I do takes a whole year… I think it is justified. At some point, we have to come to that place where we are equally paid. It is a small step… we are headed to that direction.” (Source: Varinder Chawla)

There have been reports that Kangana Ranaut has become the highest paid actress in Bollywood, beating her contemporaries Priyanka Chopra and Deepika Padukone in the race.

The ‘Queen’ actress has apparently got a staggering Rs 11 crore for an upcoming movie. This amount is far more than what Deepika and Priyanka charge for a film.

When asked on being the highest paid actress in Bollywood, Kangana Ranaut said: “I think the kind of films and roles I do takes a whole year… I think it is justified. At some point, we have to come to that place where we are equally paid. It is a small step… we are headed to that direction.”

Her co-star from the upcoming film “Katti Batti” Imran Khan interrupted saying, he needs a party.

The 28-year-old actress is looking forward to the release of the film on September 18.

“It is an unusual love story but it unfolds like a thriller. Those who all have seen the film are praising it like Mr Aamir Khan. But we have not started the official trials of the film as it is in final stages. The song ‘Sarfira’ has become popular, ” the 28-year-old actress said.

Heaping praise on Imran, Kangana said, “He is very good looking and the way he played the role is amazing. He did not let his look and personality come in way of his character. I felt he did not deserve me, ” she said.

Kangana, who has acted in films like “Tanu Weds Manu Returns”, “Fashion” and “Shootout at Wadala” among others has often openly spoken about the disparity between the remuneration for male and female actors in the Hindi filmdom.

“There is a huge gap between the remuneration of an actor and actress… it will take time (to reduce the gap). Male actors get into production, share profit and they don’t take money at times but are involved in some capacity which is economical and resourceful.

“These things suit them as they have made a place for themselves, they have command over the box office.There is no reason comparison now, ” she adds.

Kangana has expressed her desire to direct films but couldn’t do it because of her busy schedule. “Earlier, people used to do two-three films together but I don’t do that way. It may sound that I don’t have dates till 2017 but I work on film at a time. These are few films but it takes a whole year. The release date has become important.”