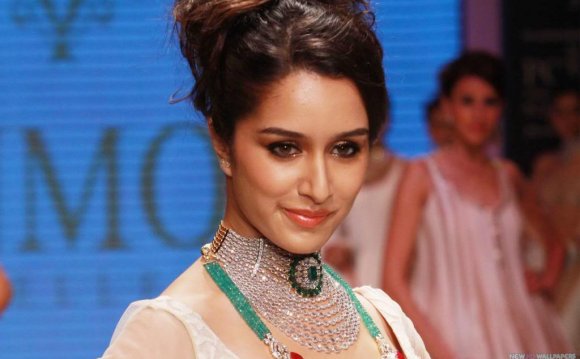 This year has been a fruitful year for Bollywood with films like 'Chennai Express', Yeh Jawaani Hai Deewani', 'Krrish 3' and ''Ram-Leela' emerging as the big winners. Bollywood actors like Shah Rukh Khan, Ranbir Kapoor, Ranveer Singh, Salman Khan and Hrithik Roshan have been in news for their work and things out of work! As 2013 comes to an end we take a look at the crme de la crme of Bollywood actors.

Shah Rukh Khan: Bollywood superstar Shah Rukh Khan tops our list of the actors of 2013 for obvious reasons. SRK's rom com 'Chennai Express' with Deepika Padukone broke all records and became the fastest film to enter the elite Rs 100 crore club (in just four days).
However 'Chennai Express' is not the only reason King Khan was in news this year. The 47-year-old actor became father for the third time with the birth of son AbRam (through surrogacy). SRK and his wife Gauri were also embroiled in a controversy regarding the sex determination test of their new born son.

Ranbir Kapoor: Bollywood's blue-eyed boy Ranbir Kapoor was on a roll with the magnanimous success of 'Yeh Jawaani Hai Deewani', where he was teamed with ex-girlfriend Deepika Padukone. The film garned much attention as the two ex-lovers came together redefining Bollywood's professionalism. Post the success of 'Yeh Jawaani Hai Deewani', it looked like nothing could go wrong for the Kapoor lad. However his second release of 2013, 'Besharam' bombed at Box Office.

On personal front it was quite an eventful year for Ranbir Kapoor, as his relationship with actress Katrina Kaif came under tremendous media scrutiny. His holiday pictures with Katrina Kaif in Ibiza went viral on social networking sites. The Kapoor lad has never accepted about it in public but his cousin Kareena Kapoor Khan spilled all the beans during their recent appearance on Karan Johar's show 'Koffee With Karan'.

Year 2014: Ranbir Kapoor too has a fruitful 2014 with Anurag Basu's 'Jagga Jasoos' and Anurag Kashyap's 'Bombay Velvet' in his kitty. 2014 will also be a turning point for Ranbir Kapoor, he will roll out the carpet for his production house Picture Shuru Productions with Anurag Basu.

Hrithik Roshan: Bollywood's superhero Hrithik Roshan could not have asked for a better year professionally - his superhero flick 'Krrish 3' broke all records and became the second film of the year to enter the Rs 200 crore club.
But on the personal front - Year 2013 has not been kind to him. After successfully tackling his brain surgery, which was required as a result of a mishap on the sets of 'Bang Bang', Hrithik Roshan's 17-year-old relation with his wife Sussanne came to an end. A day after the childhood sweethearts officially split up, Hrithik Roshan posted on his Facebook page: This is my greatest tribute to love. Sussanne is and always will be the love of my life for the rest of my life. If her smiles are brighter without me my love for her must accomplish that. Unconditional.

Year 2014: Next year Hrithik Roshan will be seen in Karan Johar's 'Shuddhi' which reunites him with his rumoured ex-flame Kareena Kapoor and 'Bang Bang' with Katrina Kaif.

Salman Khan: With no releases in 2013, Slaman Khan still makes it to the list. The 'Dabangg' Khan made headlines this year primarily for his patch up with friend-turned-enemey-turned-friend again - Shah Rukh Khan and his 'supposed biasness' towards Bigg Boss participant Tanishaa. Salman Khan had been very vocal of his support for Tanishaa, while 'slandering' Bigg Boss contestants Kushal Tandon and Gauahar Khan. Salman had to bear the brunt on social networking sites and had even suggested that this may be his last season as the show's host.

Salman Khan, who made his debut on Karan Johar's show 'Koffee With Karan', stumped one and all when he said that he was a virgin at 47. He also spoke about Shah Rukh Khan and said the two can never be same friends like they were earlier.

Year 2014: Next year begins with a bang for Salman Khan with his home production 'Jai Ho' releasing on January 24. Salman Khan will be next seen in 'Kick' and in Sooraj Barjatya's next.

Year 2014: In the next year, he will be seen playing husband to Vidya Balan in 'Shaadi Ke Side Effects' and then a movie with SRK.

Year 2014: Next year Ranveer Singh will back in his rough and tough avatar in Yash Raj Films' 'Gunday' with Arjun Kapoor and Priyanka Chopra. Besides 'Gunday', Ranveer will also be seen in YRF's 'Kill Dill'.

John Abraham: Bollywood hunk John Abraham started his year with a bang in Abbas Mustan's 'Race 2'. His success with 'Race 2' was soon followed by his portrayal of Manya Surve in 'Shootout at Wadala'. John Abraham hit a hattrick with his home production 'Madras Cafe' where he essayed the role of RAW agent during the time of Rajiv Gandhi's assassination. Though the film had its share of controversy with some pro-LTTE Tamilian outfits raising objections to the film, but John Abraham's 'Madras Cafe' gave a commendable performance. John Abraham was also named 'Entrepreneur of the Year' for his outstanding achievements.