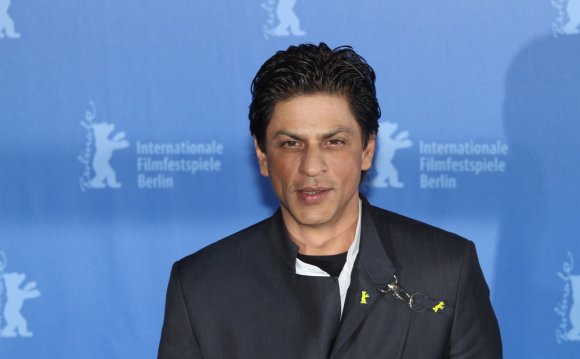 Bollywood has some of the biggest stars in the world. More importantly, as anyone who's seen a Bollywood movie can tell you, Bollywood has some of the best-looking actors currently making movies. You'll forget all about Ryan Rosling or Robert Pattison after getting a taste of the stable of gorgeous guys below: these guys are enough to make anyone swoon. So without further ado, here is my list of the Top Ten Most Gorgeous Bollywood Actors.

Hrithik Roshan is one of the most versatile actors in Bollywood. He is brilliant in all kinds of movie genres, whether as an action star, a romantic lead, or a dramatic role. He's also a terrific dancer to boot. Roshan has received international acclaim for his acting. In 2008, he won Best Actor at the Golden Minbar International Film Festival in Kazan, Russia for his performance in Jodhaa Akbar.

Salman Khan is one of the most best-looking and most talented actors in all of Bollywood. He is a dedicated bodybuilder and is famous for taking off his shirt in movies and stage shows. In doing so, he started a fitness trend among a number of Bollywood actors. In 2004, People Magazine named Salman the seventh-best-looking man in the world and the Times of India named him the Best-Looking Man in India. In, 2007, Khan accepted the offer from Madame Tussauds wax museum in London to have a wax replica made of himself.

The perfectionist, the magician, the icon... When it comes to describing the great Aamir 'Ace' Khan, words fail to capture his greatness. He is a great actor, director and producer. In 2001, his film Lagaan won critical acclaim at several international film festivals and received a nomination for Best Foreign Language Film at the 74th Academy Awards. His directorial debut Taare Zameen Par received excellent responses from critics and audiences alike. In 2008, Aamir's film Ghajini became the highest grossing Bollywood movie of all time.

John Abraham is one of the most successful male models in India as well as a successful actor in Bollywood. In 2008, he was voted Sexiest Asian Man by Eastern Eye, a leading British Asian weekly. He has his own clothing line, JA, which primarily features his favorite article of clothing, jeans.

Sharukh Khan started his acting career 20 years ago and has firmly established himself as the "Baadshah" of Bollywood. He is a highly acclaimed actor, producer, businessman, TV host, and cricket team owner. To his fans, he is India's face to the world. In 2008, Newsweek named him one of the 50 most powerful people in the world.

Starting off as an action hero, Akki proved himself to be not only a good actor but also a versatile and extremely talented entertainer. He is also a well-known martial artist. 2007 proved to be Akshay Kumar's most successful year and maybe even the most successful year for any Bollywood actor with four gigantic hits and no flops.

The cutest actor with the sweetest smile, Saif Ali khan is one of the very few Indian actors who can play any role. He won the National Award for Best Actor for his performance in Hum Tum. Saif became a producer, founding a production company called Illuminati Films in 2009.

8.Arjun Rampal is an bollywood actor, as well as a fashion model. In 2002, he won the Face of the Year Award from the International Indian Film Academy.He, received positive reviews for his villainous role in Om Shanti Om, which became one of the biggest hits in the history of Bollywood. In 2008, Rampal starred in Rock On, in which his performance was widely acclaimed, getting him several awards, including the Filmfare Best Supporting Actor Award .