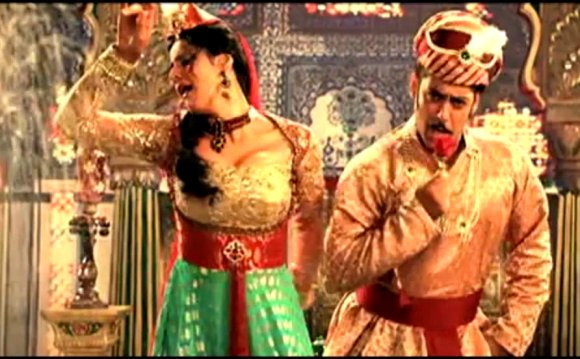 Listing my top ten favourite Bollywood dance songs is a tall order, so what I've done is choose mine on the basis that either they make me want to dance or the dance choreography is stunning. Two honourable mentions first: 'Inhi Logon Ne' from the 1971 classic film 'Pakeezah' didn't quite make it into the top ten. Meena Kumari's dancing is divine and the song is superb - just not really a major dance number, unless you are a trained dancer. Similarly, 'Shava Shava' from 'Kabhi Khushi Kabhie Gham' [2001] is a fantastic dance number, but perhaps requires too little dance instruction to master - the consequence being that we think we can all dance to it, badly! Anyway, here are my Top 10 favourite Bollywood dance songs, listed in alphabetical order by song title.