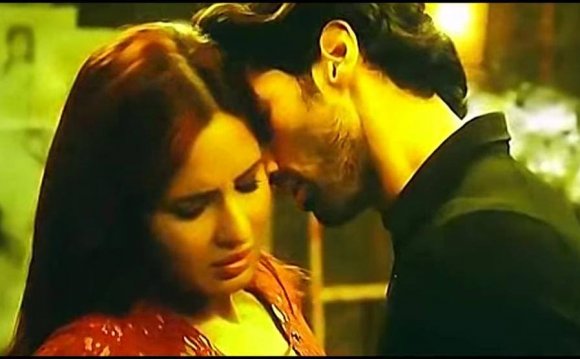 The action-packed film, Dhoom 2 was a super hit and had some of the most memorable scenes. But sadly, there were a few which were deleted during editing. In one of the scenes, Uday Chopra aka Ali is seen dressed in a burqa while waiting with Abhishek Bachchan. The fun-loving Ali spots Aishwarya, who is a part of the game, and instead of focusing on work, gets lost in her smile. She spots him by his shoes and gives him a deadly look. He is then scolded by Abhishek and asked to focus.

Karan Johar shot so many good scenes for Kabhi Khushi Kabhie Gham that he was forced to delete a few of them. In a special montage scene, all three boys – Shah Rukh Khan, Hrithik Roshan and SRK’s on-screen son, are slapped by girls for one reason or the other. While Hrithik is slapped by Kareena for making fun of her dressing sense, Kajol slaps Shah Rukh for calling her a ‘fat buffalo’ and SRK’s on-screen son is slapped by a girl who he is flirting with just to taste her ice-cream.

The credit of Guru’s success goes not just to Aishwarya Rai and Abhishek Bachchan but also to Vidya Balan and R Madhavan, for their powerful performances. In one of the deleted scenes, Vidya Balan is seen crying due to the intense pain in the leg and asks her on-screen husband, R Madhavan, to do something to alleviate it. Madhavan comes to her and starts telling her about a girl he loves and that he knew her before their marriage. Vidya Balan gets so lost in this talk of the other woman that she forgets about her pain.

Anushka Sharma and Ranveer Singh shared a sparkling chemistry in Band Baaja Baarat but before they fall in love in the film, there was an interesting scene that hinted at Anushka’s jealousy with her boss who got close to Ranveer. Their female boss asks Ranveer to accompany her for a site visit. She sprays a perfume on Ranveer expressing her fondness for fresh smelling car. While Ranveer was too happy to have accompany her, Anushka explained to him that it was not love but an insult as she doesn't like his body odour.

The haldi ceremony in Yeh Jawaani Hai Deewani had much more romance and drama than just song and dance. In one of the deleted scenes, Ranbir Kapoor is seen sneaking out of the hotel ahead of the haldi ceremony to watch Udaipur. But he stumbles upon a plate of haldi and gets dirty. Deepika Padukone catches him on the way and convinces him to cancel his sight-seeing plans to enjoy the wedding. She gets him dressed for the event and they pose in front of the mirror. This scene also went on to become the film’s main poster but never made it to the film.

The makers had planned a different introduction of Kajol in the blockbuster film, Dilwale Dulhaniya Le Jayenge. However, the scenes were released by Yash Raj Films later and they are worth a watch. In an introductory scene, Kajol is seen taking steam with her head covered by a dupatta. Suddenly Farida Jalal, who plays the role of her mother in the film, enters the frame. She tells her that there is no need for her to lighten her complexion as ultimately she has to go back to India and her wheatish complexion is what Indians prefer. She then shares how she does not use any beauty products and just pinches her cheeks to turn them red.

Aamir Khan stunned his fans with his gravity-defying bike stunts in the hit film, Dhoom 3. However, there was more to the actor’s sporty side in the film. A scene was deleted during the film's editing. In the scene, Aamir Khan is speeding on his bike through the streets when suddenly the traffic light goes red. Instead of stopping at the signal, he starts rotating his bike, creating a scene and making a lot of noise. As soon as the light goes green, Aamir zooms away by driving over a car.

The comedy film, Dostana, also had lot let go of a few scenes at the editing table. In one of the deleted scenes, Abhishek Bachchan finds John Abraham making love to a girl in their house. However, surprised by Priyanka Chopra’s sudden arrival, Abhishek runs towards John Abraham to avoid making her aware of their straight status. Since the two had called themselves gay, Abhishek pushes the girl aside and takes her position. And then the game of hide and seek begins. Abhishek tries to steal Priyanka’s attention so that John Abraham can make the other girl leave the house without her knowledge.

Cocktail was a big hit, courtesy Saif Ali Khan, Deepika Padukone and Diana Penty. However, Homi Adajania did have a few good scenes which he did not incorporate into the film. In one of the scenes, Saif Ali Khan shares his life plan with his uncle, Boman Irani, and tells him about his ploy to constantly hook up and break up with girls to get away from the idea of marriage. In another scene, Diana Penty and Saif Ali Khan bond on the sea-side when Diana pushes Saif into the water. The scene when Randeep Hooda and Diana Penty meet for dinner, where he addresses her in front of the waiter as his wife, was also deleted during the final editing of the film.

There was a very funny scene in Kal Ho Naa Ho which was chopped off on the editing table. When Preity Zinta arrives at the community centre for her daily task of reading the newspaper to old people, she finds that people of Pakistan and Indian origin are seated separately. On enquiring, Zohra Sehgal tells her that there is tension at the Indo-Pak border and therefore they are seated separately. Preity Zinta ends their separation and reads Hindi news for them. This scene is definitely a must-watch.