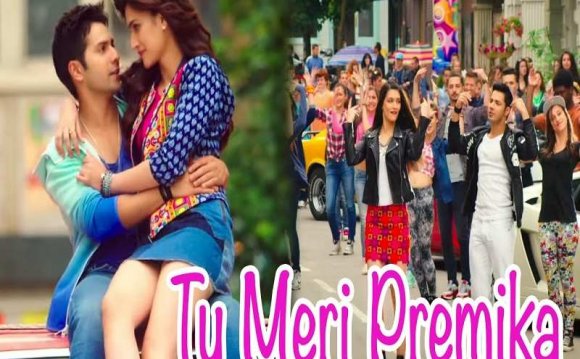 Superhit songs are something that you can always count Bollywood to deliver consistently. 2015 saw an eclectic mix of melodies. We list out the top 10.

Superhit songs are something that you can always count Bollywood to deliver consistently. 2015 saw an eclectic mix of melodies. We list out the top 10.

Gerua (Dilwale): Among all the shots of flying cars, hamming dialogues and other typical Rohit Shetty masala items, Gerua came in like a whiff of fresh air. SRK serenaded a beautiful looking Kajol in some never before seen foreign locales with Arijit Singh’s golden voice providing the magical touch.

Matargashti (Tamasha): Mohit Chauhan, A R Rahman and Imtiaz Ali form an enviable combination right from Rockstar days. Matargashti was more peppy and had a mischievous ring to it. The kind of song one would love to sing while playing Antakshari. Ranbir Kapoor and Deepika Padukone’s dance moves added the zing it.

Gulaabo: A feet tapping number from Shaandaar, Gulaabo was the only good thing about this other flop outing. Vishal Dadlani’s masculine voice coupled with Anushka Manchanda’s rap made Gulaabo a runaway hit. Wish we could say the same about the movie.

Teri Meri Kahaani (Gabbar is Back): A high energetic number in an otherwise average movie. Arijit Singh’s high notes and Akshay Kumar’s brief but cute romance with Kareena Kapoor made this song an interesting watch.

Selfie Le Le Re: The blockbuster song of the season. The song marked the grand entry of the inimitable Salman Khan in one of the best films of his career, Bhajrangi Bhaijaan. Salman as a Hanuman bhakt danced with the gay abandon of a child in this extremely hummable number. Vishal Dadlani, Nakash Aziz provided the vocals for the song composed by Pritam.

Dheere Dheere Se (T-series album): A hot as hell fire Hrithik Roshan and a pretty Sonam Kapoor sent temperatures soaring while romancing to the tunes of Nadeem -Shravan’s 90s hit Dheere Dheere from Aashiqui remixed and resung by rapper Honey Singh. The remixed vocals and the sizzling actors made this single a worthwhile watch.

Main Hoon Hero Tera: Salman Khan sure has some singing prowess up his sleeves. After crooning Hangover in Kick, yet again he came out with a gem in Hero. The title track rocked while the film bombed at the box-office.