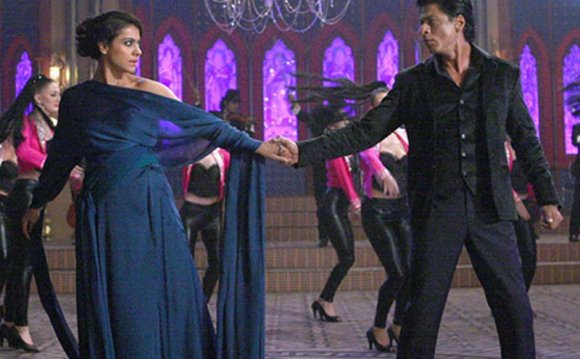 The latest box office report and looks like it’s about time to celebrate for Team Bajirao Mastani!

Last week, this time, everyone was on the edge of their seats checking out the trade figures of two of the biggest releases of this year – Bajirao Mastani and Dilwale! Having released on the same day, both had taken over the everything like there’s no tomorrow! But naturally, divided screens called for a divided audience, divided collections! So while Dilwale starring Shah Rukh Khan-Kajol managed to hit the Rs 100 crore mark yesterday! Deepika Padukone and Ranveer Singh’s love saga is moving close by minting Rs 98.40 crore until yesterday! Yes! Trade analyst Taran Adarsh just tweeted the latest figures of Bajirao Mastani saying, ”#BajiraoMastani records STRONG biz on Christmas holiday. [Week 2] Fri 12.25 cr. Total: ₹ 98.40 cr. India biz.”

For all that we know, this historic magnificence by Sanjay Leela Bhansali had already received rave reviews from critics and by the end of the weekend, the film started receiving a positive word of mouth as the audience too couldn’t stop loving the film! This has helped Bajirao Mastani capitalise and have a steady run at the box office. We believe word of mouth publicity will help the film convert the second weekend into a rather beneficial weekend. In fact, Bajirao Mastani is also performing well at the international markets and with no major release till January 8, the film is expected to further continue its steady run at the domestic and international box offices.

Meanwhile, Dilwale has also seen a drop at the box office but it still leads at the box office. Will overtake Dilwale by the end of the second weekend? Tell us your thoughts in the comments section below!