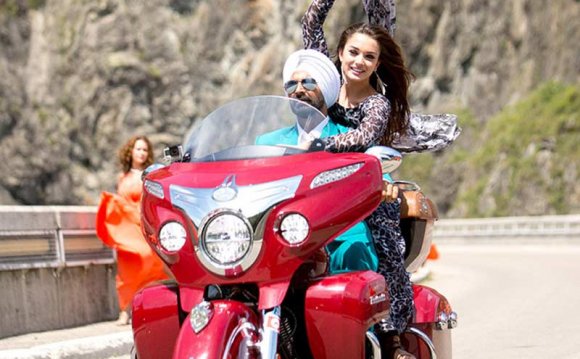 John Abraham’s movie Rocky Handsome, which released on Friday (March 25), has had a great opening weekend and the action-packed movie has managed to collect Rs 16 crore.

The film had earned Rs 1.84 cr. with its paid previews which were held a day before it release. On Friday (March 25), the film collected Rs. 5.29 cr., Rs 4.83 cr on Saturday and Rs 4.13 cr on Sunday, making the total earning of the film Rs. Rs 16.12 cr. The movie, which has been receiving mixed response from all over, seems to be doing well at the box office.

Directed by Nishikant Kamat, the film features Shruti Haasan opposite John. The duo have earlier been seen together in Welcome Back. Also Nishikant himself has played an antagonist in this movie. Eight-year-old Diya Chalwad is also in a pivotal role. (Read: Rocky Handsome review: Why are we watching this John Abraham film?)

Indian Express critic Shubhra Gupta gave one star to the movie and wrote, “A drug-mafia infested Goa plus menacing mobsters plus a little girl who goes missing plus​ a ​muscled ​man ​on a​ mission is equal to ‘Rocky Handsome’. What all of it basically comes down to is this: a sculpted John Abraham donning a black singlet–pajamas–​combat ​ cap, walking slo-mo down corridors, beating the c—p out of sundry bad guys. Or ​slashing​ holes into ‘em. Same difference. That is the sole purpose of this film.” (Also read: Audience reacts to John Abraham’s Rocky Handsome, watch video)