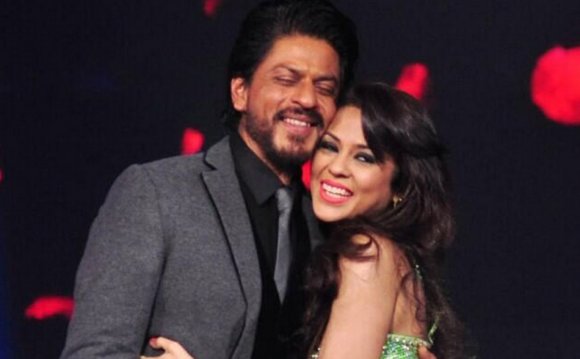 The film industry is booming with talent and what's more surprising is that the young guns are stealing the show from the lead stars, in big films. While Harshaali Malhotra got the world talking with her cuteness in Bajrangi Bhaijaan, Naisha Khanna from the film Brothers, took the social media by a storm with her innocent look. And it's not just the girls, there are some male child actors who have won our hearts with their performances too! Check them out...
- Ruchi Kaushal

Harshaali Malhotra played the character of a mute Pakistani girl lost in India in the Salman Khan starer, Bajrangi Bhaijaan. According to a report on Bollywoodlife.com, her role in the movie has earned her a nomination in the Best Actor Debut - Female category for the forthcoming BIG Star Entertainment Awards 2015. Harshaali is pitted against Akshara Haasan for Shamitabh, Athiya Shetty for Hero, Bhumi Pednekar for Dum Laga Ke Haisha, Sanah Kapoor for Shaandaar, and Anushka Ranjan for Wedding Pullav. The award ceremony will be held later this month.

Click on the next slide to read about other cute child actors...

The film industry is booming with talent and what’s more surprising is that the young guns are stealing the show from the lead stars, in big films. While Harshaali Malhotra got the world talking with her cuteness in Bajrangi Bhaijaan, Naisha Khanna from the film Brothers, took the social media by a storm with her innocent look. And it’s not just the girls, there are some male child actors who have won our hearts with their performances too! Check them out…
- Ruchi Kaushal

While the world is going ‘aww’ over Bajrangi Bhaijaan girl Harshaali Malhotra, another cutie Naisha Khanna is taking the social media by a storm. Naisha is seen as Akshay Kumar and Jacqueline Fernandez’s daughter in the film Brothers. The little girl is a big fan of Tiger Shroff and claims to have watched Heropanti several times, reports Dnaindia.com. The six-year-old has featured in several ads including Kidzee and has also featured in some TV shows. But she reportedly wants to be a teacher when she grows up. Interestingly, she once asked Salman Khan why he is so cute, to which the Dabangg Khan replied saying that one has to be cute so that a cute girl like her can hug him.
- Ruchi Kaushal

Harshaali Malhotra
Harshaali Malhotra, who played the deaf and mute character ‘Munni’ in Bajrangi Bhaijaan, almost overpowered Kareena Kapoor Khan in the film with her cuteness and innocence. However, this talkative girl in real life, has starry dreams and has already set her stakes clear in Bollywood and television. She had even asked Salman Khan if he will make her a superstar. This seven-year-old girl has already been noticed in shows like Jodha Akbar, Laut Aao Trisha besides several commercials. Not only this, Harshaali reminded Kabir Khan of Katrina Kaif while they were working in the film Phantom.
- Ruchi Kaushal

Darsheel Safary
The kid with the bunny-teeth in Taare Zameen Par, brought tears in the eyes of the moviegoers with his innocence while struggling with the regular school life being a dyslexic in the film. It was every bit an outstanding act. The young winner of the most coveted Filmfare Critics Award for Best Actor, Darsheel Safary emerged as the most talented child actor in the film industry. After attaining such fame and stardom and even participating in Jhalak Dikhhla Jaa 5, Darsheel is currently a 19-year-old college student studying commerce. Well, we will wait for his next big flick.
- Ruchi Kaushal

Partho Gupte
Partho Gupte, who played the cute kid in Stanley Ka Dabba, kept the cinegoers glued to the screen with his cute antics. Filmmaker Amol Gupte, who chose to direct his own son in the film, captured his innocence with utmost excellence making him win the Filmfare Special Award (Certificate) and the National Film Award for Best Child Artist. After winning millions of hearts, Partho went on to give another fantastic performance in the film Hawaa Hawaai, in which he played a poor boy who wanted to learn skating. Another one from Partho is just the one we are looking for!
- Ruchi Kaushal

Parzan Dastur
Parzan Dastur became a known face in every household with his ‘jalebi’ act in the Dhara commercial years ago. He is a popular child actor of Bollywood with several memorable films to his credit. From playing the cutest Sikh kid who kept counting stars in Kuch Kuch Hota Hai, to the innocent kid wielding a gun in Sikandar, Parzan has played some of the most wonderful roles with perfection. The innocent kid from Parzania has now come of age and may probably return as a young heartthrob some day, and we are sure he will give everyone a tough competition.

8 Gorgeous Bollywood Child Actors Then And Now- In Pictures

TOP 10 Child Actors Who Made Into Bollywood