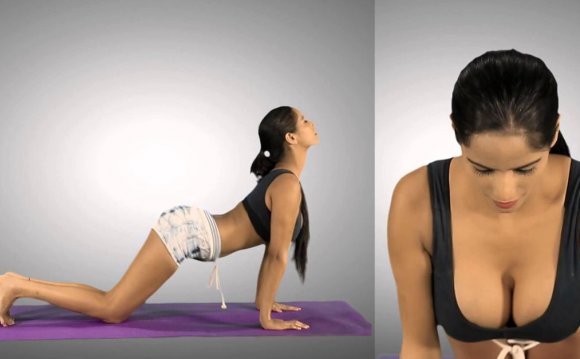 As the sexy siren turns 25, we bring you some of her sensuous numbers that will set the temperatures soaring this winter

10 years ago, at the tender age of 15, Tamannaah made her acting debut with Hindi film Chand Sa Roshan Chehra. Though the film failed to click at box office, it opened many avenues for the damsel down south. And soon, she went on to become the most popular hottie in southern film industries, sharing screen with many big stars.

Apart from her killer looks and commendable acting skills, this milky white beauty has given sleepless nights to millions with her seductive and sensuous numbers. Over the years, Tamannaah has been part of quite a few hot rain songs. In fact, one can call her the queen of rainy numbers. On the occasion of her 25th birthday, lets check out some of Tamannaah’s hottest rain songs:

Ram Charan’s Racha featured one of the sexiest dance numbers in recent times thanks to Tamanaah’s oomph factor. The song, Vaana Vaana Velluvaye, shot in rain has Tamannaah turning on the heat with her seductive thumkas stealing the show from Ram Charan’s dance moves.

Tamannaah ‘s sex appeal was the USP of this song as her sizzling chemistry with Allu Arujun set the screen on fire. Dressed in white, Tamannaah looked her hottest best dancing sexily drenched in rain.

This romantic number shot in rain from the film Paiya became quite a hit thanks to Tamannaah’s sexy avatar in the song. The song not only featured amazing chemistry between Karthi and Tamannaah, but it also made it one of the most loved rain songs of all time.

This song from Ravi Teja’s latest film, Bengal Tiger, features Tamannaah at her sexiest best. Be it sari or raunchy attire that flaunts her mid riff, Tamannaah looks red hot in each and every frame in the song. No wonder Chupulatho Deepala is such a big hit among the masses.

In SS Rajamouli’s magnum opus, Tamanaah scorched the screen with her sexy avatar in the song Dhivara. Though it isn’t essentially a rain song, shot by the waterfall, Tamannaah looks incredibly beautiful and sensuous in the song. Apart from Prabhas’ heroic stunts in the song, Tamannaah’s hot avatar will certainly be etched in the minds of audience for years to come.