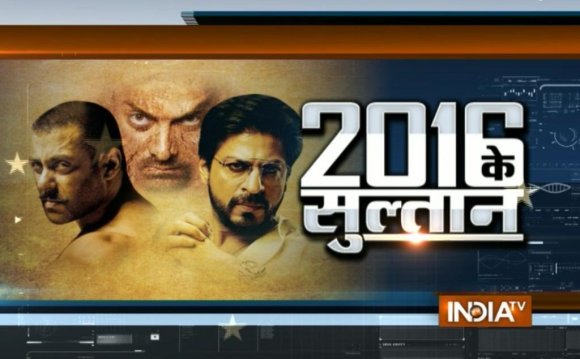 Salman Khan - a name that Bollywood will remember forever. You may love him or hate him, but you canât ignore him. He is a superstar on all fronts, and his fans adore him. Despite all the flops he had, all the controversies he went through, he is still amongst the top actors in Bollywood. I can honestly say that HE is definitely Indiaâs Most Powerful Star.

Having turned 42 on November 27th, this writer presents you: â27 Reasons Why He Likes Salman Khan More Than Any Other Stars in Bollywoodâ.

1) Launching the careers of many stars

He has helped many stars to achieve what they are today. Himesh Reshammiya, Sanjay Leela Bhansali and Sajid-Wajid were brought into the industry thanks to Salman Khanâs help. Even Hrithik Roshan went through training through our Sallu.

2) Helped Govinda at the time of crisis

Govinda was practically forgotten in our industry, and was written off by the critics and media. However, our Sallu came and saved the day by giving him a hero lead in âPartnerâ. Although he had a role in âBhagam Bhagâ, Govinda was wasted in the film, and with âSalaam-E-Ishqâ, he got appreciated for his role, but this time it flopped at the Box-Office. However, with the big success of âPartnerâ, Govinda got both a huge HIT and also the critics/audience appreciation. Now, Govinda is back in the running. It has also been written that Salman Khan gave Govinda a Mercedez-Benz car when Govinda refused fees from him.

He is the probably one of the only star to start his own foundation for the kids and the poor. And look what he did - he knows that kids with some sickness or illness wonât go to watch a movie. Prior to the release of âPartnerâ, he had a special screening for the kids! Plus, every kid walked out with a special gift in their hands after the event! Wow, our Salman is truly great!

This man will always have a golden heart, despite the bad times he has been through. He gives bicycles to the kids, always gives money to the needy and even blankets to people who sleeps on the street at night. He always helps a certain foundation or an association, and the best part about it is that he does it privately and doesnât involve the media into it. He is probably one of the few Bollywood actors today who does help a lot.

This is another topic that makes Salman Khan a winner. Many celebrities have turn to him for help, e.g. when Sushmita Sen adopted daughter fell ill, no one was there to help her, and then she called Salman Khan. And within a couple of minutes, he showed up at her doorstep. When Dia Mirza mom fell ill, it was our Sallu who made the rescue. Saawan Kumar Tak came to Salman Khan â who thought he needed money. However, Saawan Kumar asked him to play a part in âSaawanâ, which Salman Khan did for FREE. When no one was willing to play supporting role to âKuch Kuch Hota Haiâ, it was Salman Khan who ended up doing it for Karan Johar. These are many examples why this man rocks!

6) Despite controversy, he still remains a top star at the BO!

7) Despite what he goes through, his fans are still with him till the end

Now, you tell me, only few actors are blessed with this. Look at what Salman Khan has been through in life and all the bad stuff he has done â yet his fans are there for him through thick and thin. When he was in jail, people prayed for him, fasted for him, gave food to him in jail, they also tried to visit him in jail! This man is a rockstar in India. And the day he was released, there was a huge celebration at his house; likely over 1000 people were there. After all he has been through, fans are supposed to hate Salman Khan, yet they love him more and his fan base did increase. Well, Salman and Shah Rukh may both have the biggest fan base following in India, but Salman Khan has the most loyal fans in India. Thatâs why, as fans, we voted Salman Khan to be in the Madame Tussauds and deservingly, he won the poll beating the likes of Kajol, Madhuri Dixit, and Hrithik Roshan.

Salman Khan, along with Shah Rukh Khan, Aamir Khan, Hrithik Roshan and Akshay Kumar are the only stars to guarantee huge opening at the Box-Office. Despite flops he has encountered, his films still takes great opening from all parts of India! Where SRK and Aamir Khan rules A centres, Salman Khan is one of the few stars to guarantee a huge opening not only in the A centres, but in the B and C centres also. He is the hero of the masses!

Despite being the huge stars in the likes of Dilip Kumar, Raj Kapoor, Amitabh Bachchan, Rajesh Khanna, Dharmendra, and Shah Rukh Khan, our Salman Khan still have more All-Time Blockbusters than any other stars in Bollywood history e.g. âMaine Pyar Kiyaâ, âHum Aapke Hain Kounâ and âKuch Kuch Hota Haiâ. The closest star to beat him is Shah Rukh Khan with two All-Time Blockbusters. Also, Salman Khan is one of the few stars to have other records at the Box-Office.

He is one of the few stars to have: