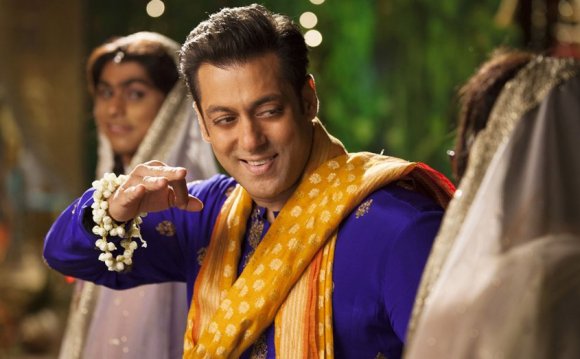 Bollywood release Prem Ratan Dhan Payo (I Received A Treasure Called Love) smashed a number of records in its debut in India and abroad for Fox International Productions and Fox Star Studios.

The film, starring Salman Khan and Sonam Kapoor, is directed by Sooraj Barjatya and produced by the veteran Rajshri Productions banner, founded by his father Tarachand Barjatya.

Prem Ratan opened on Nov. 19, a day after the Diwali festival to cash in on the four-day holiday weekend, which resulted in a $31 million worldwide haul from 4, 801 screens in seven markets.

As one of India's most bankable stars, Khan's pulling power saw the film recording the biggest opening weekend of all time for a Bollywood title in the U.K. earning $1.5 million. In the U.S. it received the biggest ever release for a Hindi film, opening on 284 screens and collecting $2.4 million, landing at the ninth spot. The title is considered among the four top Bollywood openers in the U.S.

In India, the film smashed the record for the biggest Bollywood opening of all time taking $27 million over the four-day festive weekend. This overshadowed previous record holder Happy New Year, starring actor Shah Rukh Khan, which collected $17.9 million when it opened during the Diwali weekend last year.

The prime Diwali release window didn't see any major competition for the film in terms of either Bollywood or Hollywood releases. Sony will open James Bond title Spectre here on Nov. 20.

“With the exception of a couple of genuinely exciting sequences, director-writer Sooraj Barjatya’s latest syrupy extravaganza Prem Ratan Dhan Payo is a highly predictable effort, ” THR said in its review. “That won’t stop fans of the film’s star, Salman Khan, from queuing in droves.”

Khan and Barjatya's association dates back to the director's 1989 breakout Maine Pyar Kiya (I Have Loved) which catapulted the then newcomer actor into super stardom. The duo teamed again up for one of Bollywood's biggest hits, 1994's Hum Aapke Hai Koun (Who Am I To You).

Khan, 49, has delivered back-to-back hits following his previous record-breaking blockbuster Bajrangi Bhaijaan, which opened in July released by Eros International and is estimated to have collected over $75 million worldwide.