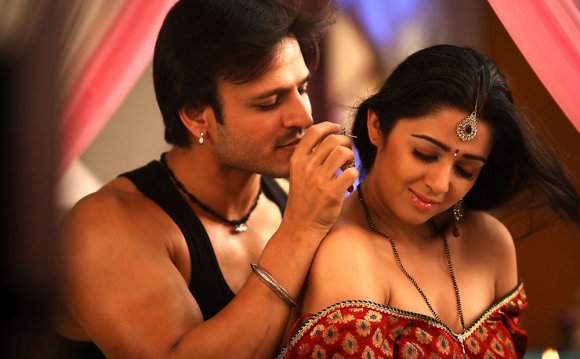 We have all grown up watching Bollywood movies and it definitely has played its part in our mental development. But we should be glad that we never let Bollywood movies become the sole thing that defined our judgment of right and wrong, because honestly they have gotten it wrong, more often than right.

Looking back, I can say that most of the Bollywood movies I had fun watching in my childhood are mind-numbingly regressive and glorifies so many wrong ideas. Bollywood has for a long time glorified the stalkerish ‘chhichhora’ behavior as the ultimate path to a woman’s heart. We have seen movies that take the idea of invading people personal space and show it in positive light; and we too have cheered at it.

We should be glad that we never let Bollywood movies become the sole thing that defined our judgment of right and wrong.

Recently there was a lot of hue and cry over a particular scene in the Telegu blockbuster ‘Baahubali’. The scene portrayed Shiva being creepy in his attempts to woo Avanthika and then when she confronts him, he goes on to strip her to a few bare minimums. And this was supposed to be for her benefit: She needed to know just how hot she was. To no one’s surprise, this was the gesture that won Avantika over and she was like “come hither bae”.

To be fair to the filmmaker, this regressive sequence has a lot of historical backing from a tonne of other movies where behavior of this sort is not only taken lightly, but also encouraged. Be it kissing someone without consent, or invading their personal space and privacy; filmmakers and cinemagoers (us) have encouraged and cheered this metaphorical boat of defecation. Here are 10 movies off the top off my head where we were taught that it is okay to cross a lot of glaring lines because ultimately ladki toh patt hi jayegi.

Madhavan, when he first goes to meet Kangna Ranaut, finds her passed out on the bed because she was drunk. He finds her pretty and like a good boy, he decides that this is his Prince Charming moment and she is Snow White. Slow claps. Oh, he also takes a photo of her. Wow.

Funny story, this one. Juhi Chawla comes to apologize to Aamir Khan. Aamir Khan doesn't accept it. She takes away his bag. He fails to pull it back. She laughs. He forces a kiss on her. She has to accept it. Everyone applauds.

Kareena Kapoor and Akshay Kumar are having an argument inside a church for some unapparent reason. Kareena Kapoor makes sure that she uses every PG-13 insult known to mankind. How does Akshay Kumar make her shut up? He shoves his tongue in her mouth. Brownie points for improvisation.

This is a double treat. So what happens here is Madhuri Dixit hates Aamir Khan. So naturally, the only way to deal with that is to put false accusations of rape on him. I mean YOU GO GIRL! And Aamir Khan knows just the right way to prove his innocence. He goes ahead to make her feel that she is about to get raped. Naturally, she falls in love with him when she realizes that he is a nice guy because he was only letting her know that he can but he won’t. Bravo.

Anil Kapoor was many things in this movie: a good journalist, a brilliant interviewer, an outstanding ek-din-waala-CM, and a terrific mud-wrestler. Oh, and he was really skilled at being a creep too. Imagine to Rani Mukherjee’s surprise when he proudly shows her footage of her bathing and playing and doing stuff on her own time. And no doubt she was super impressed. And THAT is how you do it.

Shah Rukh Khan teaches us the best way to beat a girl during a basketball match. Mess with her saari so that she gets distracted by her slipping izzat and bam! You snatch the ball and score. Be sure to do this in front of a lot of young impressionable children, okay?

Dharmendra taught us the art of copping a feel here and there while teaching young women the art of shooting. Not only are women impressed with your talent with the gun, but also your improvisation techniques. Ask Hema ji na!

The Govinda way: Pretend you are blind and sit in the same room where a woman is changing her clothes because she thinks you can’t see. When she figures out that you are lying scumbag, offer her the best possible and the most rational justification: Aisa khoobsurat scene chal raha tha, meri toh bolti hi band ho gayi thi. You will experience her dancing with you to the stupid song in the very next scene. Oh, and don’t forget to compliment the mole on her back.

Next time when you are on a plane, and see a single woman sitting alone, help her get rid of her loneliness by sitting on her, then occupy the seat next to her and touch her inappropriately throughout the flight to keep her entertained. Govinda, you genius you!

Of course, it is Govinda again with more life hacks. If you are ever on train where you did not bother to buy tickets, go to a reserved coupe and make out with a woman there, against her wish (threaten her with a knife, it’ll make things easier) to avoid the ticket collector. Easy peasy.