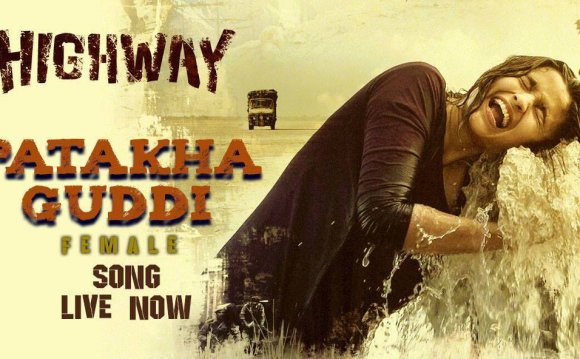 2013 is coming to a close, and with it, so is a year full of great music! We’ve actually had some pretty stellar songs this year, especially when it comes to dance tracks. So whether you’re thinking of hosting a fun New Year’s Eve house party or have a Sangeet function around the corner that you need to plan for, we’ve done the hard work for you and created a list of the 15 best Bollywood dance songs from 2013. All you have to do is add these to any playlist, and your party will be set. Just make sure to also learn the accompanying moves for this year’s songs, so you can really make an impression on the dance floor!

This is actually a great song to get the party started since it sets the mood for what the rest of the night is going to be like.

This song has a great beat, and some pretty killer moves to go along with it. Of course, Jacqueline’s “lip” movement is the most popular of them all.

Yeah, you might want to avoid getting too excited about dancing to this one if your girlfriend – from Delhi – is around.

Badtameez Dil is one of those songs that you’re just not going to escape at any party that’s playing Bollywood music. It’s become a “youth anthem” of sorts and is guaranteed to get people onto the dance floor.

I think this is the best fun song 2013 has given us. I don’t know anyone who can resist the dance floor when this one is playing.

What’s a party without a Yo Yo Honey Singh song?

The thing with this song is that there will always be some Shahid Kapoor wannabes around who will try to do the main move. A few really good dancers will succeed. Most people, though, will end up looking like they’re doing a sort of strange hop while trying to punch someone.

I’m convinced that this is one of those songs you can’t properly enjoy unless you’re at least slightly drunk.

The absolute best thing about this song is that you don’t even need to be a good dancer, because it has no real moves!

Dancing and getting rid of your dandruff at the same time? Hello, multitasking!

This has to be one of my favourite songs this season, despite the fact that it kind of makes no sense. Actually, probably because of that.

This song is just the right amount of shady without venturing into the flat-out ghaati territory.

This song, though, is definitely in the ghaati zone. A guilty pleasure – one of those you’re probably not going to admit to ever listening to, but which you’ll have no problem pulling out your shadiest moves for (once you’re a few shots down).

By this track, though, we are not only in the ghaati territory, but we have practically moved in and built a house there. It’s catchy, fun, and even a little sleazy… a nice song to segue into all those 80s songs that somehow end up getting played at every party once it’s really late: Jumma Chumma De De, Khaike Paan Banaras Wala, Mehbooba, you know.

Top 10 Bollywood Dance Songs That You Must Have In Your ...