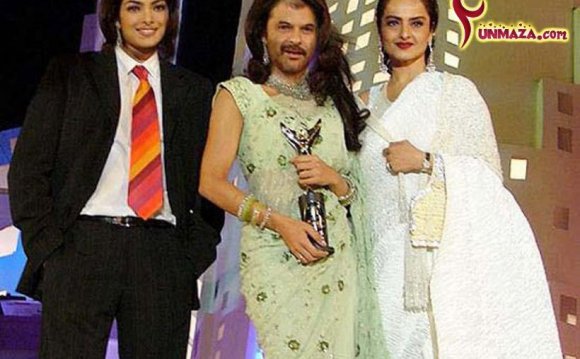 Not just Bollywood celebs but the entire world is getting addicted to one of the trending app Dubsmash. Bollywood celebs like Sonakshi Sinha, Ranveer Singh, Alia Bhatt, Priyanka Chopra, Richa Chaddha, Ali Fazal and many more are hooked with Dubsmash application. The app is creating fantasy for the celebs and the fever of it can be seen on the social networking sites all over. Lets take a look at the funny Dubsmash videos where Bollywood celebs lip- synchronize with the most hilarious dialogues from the films.

Ranveer Singh: The craziest actor of Bollywood Ranveer Singh was nowhere behind using Dubsmash app. The actor is on the winning list with not just one but more than four Dubsmash records till now. Priyanka Chopra and Ranveer Singh’s first Dubsmash together was to promote their upcoming film Dil Dhadakne Do. Later he continued with some famous dialogue from same film where he does lip-sync in voice of Shefali Shah. No doubt he can make you laugh anytime!

Sonakshi Sinha: Sonakshi Sinha is the new addition to the Dubsmash family. The actress who takes inspiration from Brad Pitt’s Fight Club for her upcoming film Akira switched to the badass mode while doing Dubsmash. Another Dubsmash video was from one of the famous dialogue from her dad’s film. The dramebaaz actress nailed it!

Ali Fazal: The versatile actor, Ali Fazal who is riding high on success after his Hollywood debut in ‘Furious Seven’ was also bitten by Dubsmash fever. Another funny one by Ali Fazal on the famous dialogue ‘Yeh Teja Teja kya yeh Teja Teja’ would make you laugh loud.

Richa Chadda: The Fukrey actress Richa Chadda is also on the list for the craziest app addiction. It’s one of the funniest and best Dubsmash act done by the actress. Yay or nay guys?