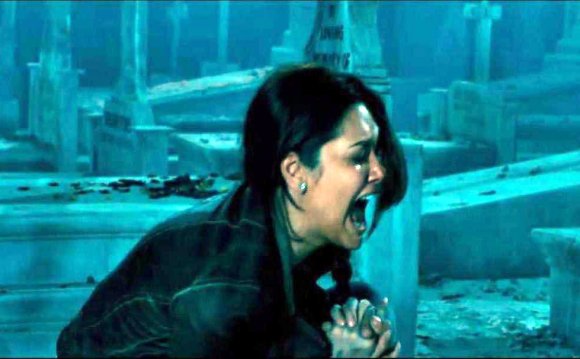 A women oriented drama film directed, co-written and co-produced by Madhur Bhandarkar. Priyanka Chopra won a National Film Award for best actress for this film. Fashion traces the journey of many women, namely Meghna Mathur (Priyanka Chopra) and Shonali Gujral (Kangna Ranaut). Megha is a small town girl who is power hungry and when success finds her, she uses it in a way that destroys her, her relationships and her modeling career. But in spite of the falls, Meghna stands up against everything to make it back in the Fashion world, while befriending a former super model Shonali Gujral (Kangna Ranaut) who in utter ruins and thus rescuing her. Eventually Shonali dies but Meghna refuses to let this down and gives a performance of her life.

Despite being a women oriented films and having a whole female cast, the film opened well at the box-office and became a commercial success. The film received a number of nominations and won several at various awards ceremonies.

Vidya Balan is one actress who does films on her own terms. Kahaani is one such example. Tracing the story of a woman (Vidya aka Bidda Bagchi), who comes to India in search of her missing husband, Kahaani is powerful and intriguing, highlighting the power of what a single woman can do. This includes the murder of a terrorist who killed her husband while fooling all the investigation officers.

7 Khoon Maaf received a number of nominations and won several awards, particularly Best Actress for Chopra. The Indian black comedy film directed, co-written and co-produced by Vishal Bhardwaj. The film is based on the short story “Susanna’s Seven Husbands” by Ruskin Bond. The film centers on femme fatale Susanna Anna-Marie Johannes, an Anglo-Indian woman who murders her seven husbands in a quest for love. The killings (and her yearning for love) are explained by the loss of her mother at a young age.

Vidya Balan walked away with all the awards possible for The Dirty Picture. Based on the life of South siren Silk Smitha, The Dirty Picture traces the journey of an ordinary woman who from being an extra on the film sets, becomes a top heroine in the 80’s male dominated South industry. Although Silk eventually dies, she sheds all inhibitions of her times and makes sleaze saleable on screen.

The movie tells the story of the bandit queen Phoolan Devi who was sent to prison in 1983 and got free in 1994. During five years she was prosecuted by the Indian police and turned into a legend (like a modern Robin Hood) by the Indian press. Although the press tended to make her the optimal hero with blue eyes, dark hair, being tall and beautiful she was in reality an average Indian which makes it hard for the movie to fulfill the expectations of the audience and tell the truth at the same time. Later in her life, She entered into the politics and was assassinated in 2001.

Lajja is a powerful movie that talks of the evils of Indian society aimed at women. Manisha Koirala wants to run away from her husband (Jackie Shroff) but when she learns she is pregnant, her husband tries to snatch the child from her. As she escapes America and comes to India, she encounters Mythili (Mahima Chaudhury) a bride-to-be, Janaki (Madhuri Dixit) a theatre artist and Ramdulari (Rekha) a village midwife. All these women are the targets of male oppression and chauvinism. Lajja deals with a myriad of women’s’ issues to triumph as a power packed performance oriented film. Never mind the box office result.