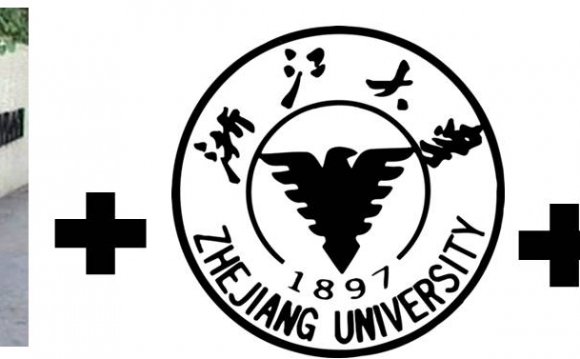 Bollywood movies are earning moolah at the box office and many a films are making it to elite Rs 100 cr club. The recent addition to the Rs 100 crore club is Salman Khan's 'Prem Ratan Dhan Payo' which is the fifth film in the year 2015 have to collected a whopping sum on box office.

Five movies have made it to the club this year until now, and in 2014, eight movies including Aamir Khan's 'PK', Shah Rukh Khan's 'Happy New Year', Hrithik Roshan's 'Bang Bang' and others joined the coveted club.

: Salman Khan starred in two movies this year and both his movies surged higher and higher with each passing day at the box office. Kabir Khan directed, 'Bajrangi Bhaijaan', which released on the Festival of Eid, also made it to the club with the total earnings being Rs. 320.34 cr. The film starred Salman as a Hanuman Bhakt who helps a little girl from Pakistan return to her country.
See Pics: Dilwale, Bajirao Mastani, Prem Ratan Dhan Payo - Highest opening weekend grossers of 2015/

The Varun Dhawan, Shraddha Kapoor starrer dance-based film, 'ABCD 2' attracted many dance lovers to the cinema halls. The film, which was a sequel to the hit 'ABCD', released on June 19, and earned Rs. 105.74 cr during its entire run at the cinemas. The film which also stars Prabhudheva and Lauren Gottlieb was directed by Remo D'Souza.
See Pics: Dilwale, Bajirao Mastani, Prem Ratan Dhan Payo - Highest opening weekend grossers of 2015/

: This historical fiction was directed by SS Rajamouli. The film, which was made in Telugu was dubbed in Hindi, Malayalam and Tamil. 'Bahubali' was a blockbuster and did well overseas as well. The actors were heaped with praises for their performances and the director is now coming up with the film's sequel. It earned Rs. 200 cr in the first five days of its release and did a business of Rs. 463 cr worldwide during its entire run.
See Pics: Dilwale, Bajirao Mastani, Prem Ratan Dhan Payo - Highest opening weekend grossers of 2015/

Kangana Ranaut returned as Tanu onscreen in the sequel of 'Tanu Weds Manu Returns'. The film showed the couple's relationship after marriage and how things had gone sour between Tanu and Manu (R Madhavan). Kangana played double role in the film. She also played the role of a Haryanvi college going girl Datto as well and was much appreciated for her dialect. Directed by Anand. L. Rai, the film earned Rs. 150.77 cr overall.
See Pics: Dilwale, Bajirao Mastani, Prem Ratan Dhan Payo - Highest opening weekend grossers of 2015/

Director Rajkumar Hirani brought one of the finest film starring Aamir Khan onscreen in 2014. 'PK', which was not only loved by audience in India, did well globally as well. Also starring Anushka Sharma as the female lead, the film earned Rs. 340.8 cr. PK has also released in China and collected Rs 100 crore.

Salman Khan has always ruled over the box office. He has managed to give one or two blockbusters each year. In the year 2014, his film 'Kick' directed by Sajid Nadiadwala did good business by earning Rs. 231.85 cr. The film took just five days to enter the 100 cr club.

Hrithik Roshan, Katrina Kaif starrer 'Bang Bang' also fared well at the box office in 2014 by minting Rs. 181.03 cr during its entire run. Directed by Siddharth Anand the film made it to the club in mere five days of its release.

Ajay Devgn starrer 'Singham Returns' was a hit with an overall collection of Rs. 140.62 cr. The film was directed by Rohit Shetty and released in August 2014.

Another Salman Khan film that entered the club was 'Jai Ho' in 2014. Directed by Sohail Khan, the film garnered much attention and earned a total of Rs. 116 cr. The move entered the 100 cr club within the first 10 days of its release. But the movie is not counted as one of great Salman Khan films.

Based on sleeper cells in the country, 'Holiday' starring Akshay Kumar and Sonakshi Sinha was one of the surprise hits of 2014. The film, which earned Rs. 112.18 cr in its entire run, made way to the club in 15 days of its release. The A.R. Murugadoss directed film was an action thriller.

Sidharth Malhotra made it to the Rs 100 cr club with his movie 'Ek Villain' in which he played the role of an angry young man and romanced Shraddha Kapoor. Shraddha and Sidharth's pairing was loved by fans and the film earned Rs. 105.62 cr. The film was directed by Mohit Suri.

Arjun Kapoor and Alia Bhatt shared good chemistry in the film '2 States' which did fairly well at the box office earning Rs. 102.13 cr in its entire run at the cinemas. Directed by Abhishek Verman, the movie is about a North Indian guy falling in love with a South Indian girl. Everything goes smooth until they plan to convince their families for their marriage. It took 14 days for the film to enter the club. The film was based on Chetan Bhagat's novel of the same name.