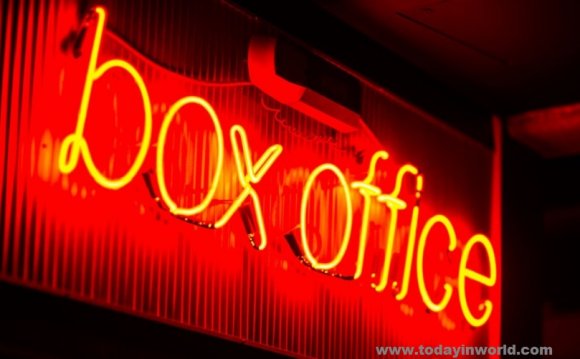 The film, co-produced by the actor's banner Salman Khan Films and distributed by Eros International worldwide, crossed the 1 billion rupee (about $16 million) mark in its first three days of release after opening on Friday, the companies said Monday. Movies that reach this mark are seen as bona fide hits.

One of India's most bankable stars, Khan, 49, was convicted and sentenced to five years in a 2002 hit-and-run case, in which the actor — driving under the influence — ran over and killed a homeless man and injured four others in Mumbai.
The Mumbai sessions court found him guilty of "culpable homicide not amounting to murder." Following his May 6 conviction, Khan was immediately given bail by the high court, with instructions to deposit his passport with authorities and seek permission for overseas travel. Khan's case is set for another appeal hearing in late July.

Reuniting with director Kabir Khan who delivered the star's 2012 hit Ek Tha Tiger, Bajrangi Bhaijaan — which also stars actress Kareena Kapoor — was one of the year's most anticipated releases in India given the actor has dominated the Eid release window in recent years. Last year, Salman Khan starred in action hit Kick during the holiday weekend.

Bajrangi Bhaijaan stars Khan as a former wrestler and devout follower of the Hindu monkey god Hanuman who wants to reunite a mute six-year-old girl (Harshaali Malhotra) with her family in Pakistan after she accidentally crosses the border to India. The decision to address the long-running tense relations between India and Pakistan over the state of Kashmir, where the film was partly shot, has drawn praise from critics. The film has also been released in Pakistan.

When Khan was convicted and bailed, there was intense speculation over whether his legal case would affect his star power and marketing appeal given his various product endorsement deals. The actor has also hosted three seasons of the Indian version of Big Brother on Viacom18's Colors channel.

"Salman Khan is a very strong crowd puller ... I'd say he is like the pied piper, " film trade analyst Taran Adarsh told The Hollywood Reporter. "Moreover, in my opinion, Bajrangi Bhaijaan is his best film to-date and I think he has also given the best performance of his career. The film has strong content, and at the end of the day, content talks. Audiences have emotionally connected with Khan's character and his bond with the little girl who has to be reunited with her family in Pakistan."