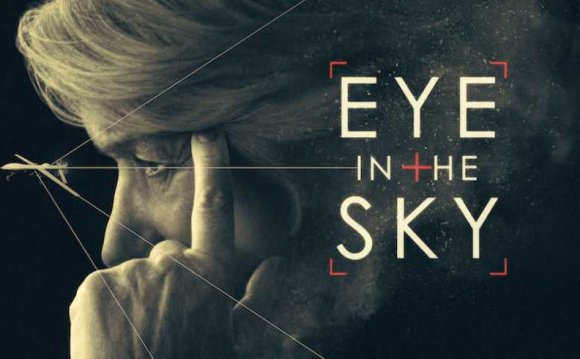 The movie aficionado would distinguish movies as flop, below average, average, above average, hit, superhit,

Presenting some bold themes for the first time in Bollywood in the 40s – an anti-hero and a single pregnant girl, for instance – this movie ran for 3 years. One of the earliest superhits of Bollywood, this movie also introduced double-role acting for the first time through its first superstar, Ashok Kumar. Its net gross was Rs. 1 crore, which in today’s date will be equal to Rs. 63.2 crores.

A Bollywood classic that is now a part of pop culture, ‘Mother India’ was a 50s epic melodrama revolving around the hardships of womanhood on one hand and its ideals and values on the other. One of the first woman-centric films - a rarity in Bollywood to this day – this movie was the first submission for the Academy Award for Best Foreign Language Film in 1958. This movie went on to be appreciated across the world and in present times, its profits would be equivalent to over Rs 117 crores.

The tickets to this movie, if kept for all these years, are now a collector’s item – the most expensive for that time. There was major chaos and rioting during the days the movie was playing at the Maratha Mandir in Mumbai – something that is a measure of the epic scale of this movie’s popularity. It earned a nett revenue of Rs 5.5 crores, which in today’s terms would mean a whopping Rs 132.7 crores.

The 70s was a prolific time for Bollywood, as far as box office hits are concerned – and the biggest blockbuster of the decade was ‘Sholay’. Unlike the others on this list, this movie slumped in the first fortnight, and picked up speed only from the third week. It earned a still-standing record of 60 golden jubilees. The makers had, in fact, considered changing the climax of the movie where Amitabh Bachchan dies when it did not get good response in the initial days, but changed their minds when the cash registers started ringing.

Directed, produced, written and edited by Manoj Kumar, with him being part of the huge cast as well – this movie was the biggest hit of the 80s. It was also the most expensive movie for that era, and its net gross was around Rs 10 crores – which at present times would be over Rs 84 crores. Besides, the huge star cast that included big names of that time, including Hema Malini, Shashi Kapoor and Shatrughan Sinha, it also marked the re-entry of Dilip Kumar after a five-year-long hiatus.

Hum Aapke Hai Koun..! HAHK was the first romantic family drama of the 90s that saw the mushrooming of the genre in later years. Like every all-time blockbuster movie of its generation, this one too broke all previous records for highest-grossing Bollywood movie and held it till the next blockbuster came along. At that time, its net gross was Rs 69.7 crores, which today would be equal to around Rs 310 crores. It was the first Bollywood film to cross the Rs 100-crore mark.

The ‘SRK-Kajol’ magic has never failed at the box office, and this rom-com was one of their greatest hits together. With a net gross of Rs 61 crores, it was the second biggest thing to happen to Bollywood in the 90s after HAHK. Besides ‘Mother India’, DDLJ is the second of the two movies that are included in the Steven Jay Schneider’s book, ‘1001 Movies You Must See Before You Die’. As on January 2013, it had completed 900 weeks at the Maratha Mandir.

The fourth film to gross over Rs 100 crores was ‘Gadar – Ek Prem Katha’. This Sunny Deol and Amisha Patel starrer sold the most tickets in the box office except for ‘Sholay’. Its adjusted gross stands at more than Rs 286 crores. Movies with a nationalist theme more often than not have done well at the box-office, and ‘Gadar’ stands tribute to that phenomenon.

Based on Chetan Bhagat’s bestseller, ‘3 Idiots’ is one of the biggest blockbusters of recent times as far as box office performance is concerned. Its worldwide collections stand at Rs 385 crores – the biggest ever when it opened at theatres. On movie websites like Rotten Tomatoes and IMDB, it has the highest ratings ever for a Bollywood film. The popularity of this movie led to a Tamil remake released in 2010 and a Chinese one is in the making!

To polish off this list we have Salman Khan’s ‘Dabangg’ as the final all-time blockbuster – grossing at Rs 187 crores. It broke the opening day collection record of ‘3 Idiots’, becoming the highest opener of all time across India. Without a doubt, ‘Dabangg’ was a sensation among the Indian audience – leading to a sequel in 2012. It went on to be remade in Tamil and Telegu as well.

With Indian Cinema turning 100 years old, this list does not do enough justice to the growing number of all time blockbusters that the film industry has been dishing out in the last decade. The more difficult it gets to compile such a list, the better for the booming Bollywood industry.