Best Bollywood movies of All Time 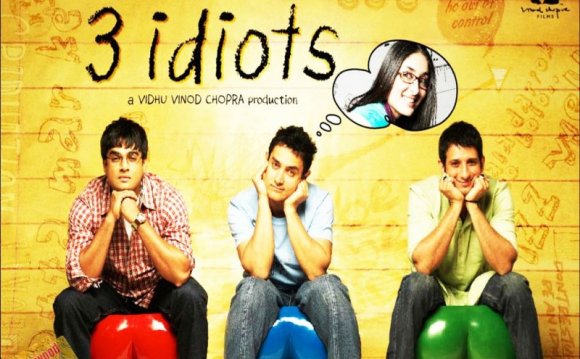 All movie lovers have an arsenal of films that changed them inexorably at a young age. For me, that age was nine, and the most important movie was

Andaz Apna Apna was by no means a blockbuster when it debuted in 1993 against hits like Hum Aapke Hain Koun…? and 1942: A Love Story. The film went over moderately well with audiences, but gained a cult following as the years went on and its leads, Aamir Khan and Salman Khan (no relation), grew into bona fide superstars.

Though they never shared the screen again, Aamir and Salman have the easy chemistry of best friends or brothers in Andaz Apna Apna, a shoot during which most of the actors actually weren’t even on speaking terms. The film centers on them as Amar (Aamir) and Prem (Salman), two young loafers intent on getting rich as quickly and lazily as possible. They meet on a shared expedition to achieve that goal by marrying British-Indian heiress Raveena (Raveena Tandon), a quest which promptly turns into a competition.

The first act of the movie introduces us to Amar and Prem separately through their various eclectic get-rich-quick schemes. Most of Hindi cinema is filled with clear-cut allegiances and epic heroes and villains; Amar and Prem stand out as decidedly selfish protagonists who will manipulate anyone (including each other) to achieve their ends. Once the two meet, it’s a classic heroes’ journey, albeit with questionable intentions and a musical number atop a moving bus.

One of the biggest reasons that Andaz Apna Apna is such a fun film is because it embraces the absurd in a way that only Bollywood can. Recent American comedies have done the same, but in 1993 with limited production value in India, Andaz Apna Apna is minimally stylized—the outrageousness comes entirely from performances and timing.

For instance, the film opens on Amar having a phantasmagoric dream about charming and marrying actress Juhi Chawla (for her wealth, of course). Chawla acts much the way all lead actresses in the 90s were expected to in films of that era—over-the-top and coquettish—but goes just far enough to illuminate how silly those roles really look.

Beyond that, there are plenty of quality bizarre moments that drive the plot forward, each in its own weird way. Amar and Prem concoct a series of elaborate and idiotic schemes to outwit the rest of Raveena’s suitors, including dressing as old men and claiming to be friends of her grandfather’s (how would that turn into romance?) and Amar’s eventually fruitful plan of annoying her until she hits him with a club and he fakes amnesia.

I cannot stress enough how awesome this movie is.

The boys finally infiltrate Raveena’s world, but they aren’t alone; Her father’s evil twin has his own nefarious plans, including sending his cronies to Raveena’s home disguised as a manager and a valet. While Amar (as an amnesiac) and Prem (now masquerading as Amar’s doctor) continue to vie for Raveena’s affection, her uncle’s bungling thugs execute numerous failed murder attempts. The thugs’ incompetence is almost endearing; every time Robert (Viju Khote) says “I made a mistake by mistake, ” you can’t help a sympathetic shake of the head, because he is the type of character who will never get it right, no matter how hard he tries.

Other running jokes, such as Robert’s cohort Bhalla (Shehzad Khan) and Crime Master Gogo (Shakti Kapoor) are spoofs of older Hindi movies—but one need not understand the references to appreciate the humor. I was nine when I saw this movie and still haven’t seen most of the originals it parodied, but Andaz Apna Apna is no less brilliant because of it.

Amidst this chaos—and I haven’t even mentioned the concurrent kidnapping plots, Prem accidentally falling in love with Raveena’s assistant Karishma (Karishma Kapoor), or the small fortune of diamonds—the film still maintains its Bollywood aesthetic with four random but amusing musical numbers. In addition to the boys’ bus journey, there’s a full five-and-a-half minutes devoted to Amar annoying Raveena before she hits him, a romantic but ridiculous love song from Prem to Karishma, and “Ello Ello, ” in which Amar somehow charms Raveena after pretending to be an old rickshaw driver. Without the movie, any of these songs sound like conventional popular Bollywood music of that era, but on screen they take on the wonderfully preposterous aesthetic that the film imbues in its every frame.

Objectively, Andaz Apna Apna may not be the best movie of all time, but in my entirely subjective opinion, it is perfection. It provides the best of action, adventure, comedy, and a little wonky romance, and it irrevocably shaped my taste in humor and film for years to come.

[You can rent Andaz Apna Apna on Amazon Instant Video]

Proma Khosla (@promawhatup) is a writer and dancer living in New York City. She graduated from the University of Michigan with an unshakeable desire to work in editorial and entertainment–basically to talk about TV and movies all day in the hopes that someone will care to listen. She also writes for GeekyNews and Fantastic Fandoms, and is also in possession of an impressive collection of personal journals that live in shoe boxes under her bed.

The Best Bollywood Movies of All Time

10 Best Hindi Comedy Movies of All Time - Best in Bollywood