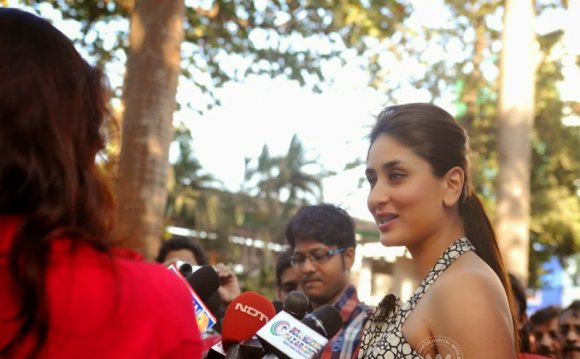 Bollywood films like 'Shaandaar', 'Katti Batti', 'Hamaari Adhuri Kahaani', 'Roy' were the most awaited movies of the year 2015 but they did not fair as expected at the box office. With the strong word of mouth holding utter importance among fans, it has become a big task for the filmmakers to make movies that are actually liked by the audience.

Shahid Kapoor, Alia Bhatt starrer's trailer was an instant hit, people were talking about the fresh new jodi of Bollywood and its director Vikas Bahl. But the movie failed to do any wonders for the onscreen couple and tanked at the box office. The film was directed by the person who had given us a film like 'Queen' and it was promoted well too. The film's release was also on the festive occasion of Dussehra but people rejected it. Shaandaar made at a budget of Rs. 75 cr and managed to collect a mere Rs. 23.08 cr.

The Anurag Kashyap film starring Ranbir Kapoor and Anushka Sharma stands among the biggest flops of this year. The film which showcased Ranbir Kapoor as a street fighter could not make the grip and lost its charm on big screens. The film was a major disaster at the box office as it could just make Rs. 23.87 crores while the makers spent a whopping Rs. 110 cr on the making of film.

Another flop of the year by Ranbir Kapoor, 'Roy' featured him opposite Jacqueline Fernandez. Directed by Vikramjit Singh, the film also had Arjun Kapoor. People grooved over its songs, but failed to accept the film. Made with a budget of Rs. 40 cr, the film could earn just Rs. 36.32 cr.

Madhur Bhandarkar's film 'Calendar Girls' in which we saw five entirely new faces was a put off. The director has already made films like Fashion and Heroine on the similar subject. The filmmaker spent Rs 12 cr on the film and could not even earn 8 cr out of it.

After her stunning performances in 'Tanu Weds Manu Returns' and 'Queen', there were high hopes from Kangana Ranaut's 'Katti Batti' but the film was a major disaster at the box office. Kangana and Imran Khan could not match up to the expectations of the viewers and ended up losing the interest of the people. The film was made with a budget of Rs. 36 crores and earned Rs. 22.96 crores only.

Saif Ali Khan and Katrina Kaif starrer 'Phantom' was not as pleasing to the eyes as the trailers seemed to be. Directed by 'Ek Tha Tiger' filmmaker Kabir Khan the film was based on the book Mumbai Avengers on the aftermath of 26/11 Mumbai attacks. The film was made at a budget of Rs. 70 crores and earned Rs. 49.84 crores.

Abhishek Bachchan and Asin starrer 'All is Well' also starring Rishi Kapoor and Supriya Pathak was directed by Umesh Shukla. The film opened to an average response and lost its charm very soon. The film could earn just Rs. 12.65 crores.

Akshay Kumar shared screen space with Sidharth Malhotra in this Karan Malhotra film. Jacqueline was seen playing the role of a mother for the first time on screen. The movie being one of the most anticipated films of the year failed at the box office with a collection of Rs. 77.18 cr. The producers spent a total of Rs. 82 crores.