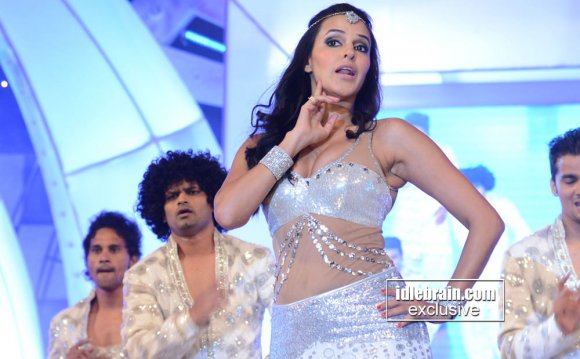 There are lot of hottest female actors in Indian television today. The leading ladies, who are known for their simple girl next door or alluring Bahu images don’t shy away when it comes to donning a bold avatar. Today, we bring to you top 10 hottest Indian TV actresses, who hardly get to show their bold and glamorous side.

Here, below is the list of ten hottest Indian TV actress. If you don’t agree with the list… feel free to place your views.

Ragini was started her acting career with Imagine TV’s family drama Radhaa Ki Betiyaan Kuch Kar Dikhayengi (2008–09). However, she is popular for portraying the role of Suhana Kashyap in the family drama Sasural Genda Phool on Star Plus. She also worked in Bollywood film Teen They Bhai and in Akshay Kumar’s first Punjabi film production, Bhaji in Problem.

Shweta Tiwari is known for her roles of Prerna in Kasautii Zindagii Kay on Star Plus and Sweety in Parvarrish- Kuchh Khattee Kuchh Meethi on Sony Entertainment. She started her acting career in 1999 with Kaleerein. On ended her 8-year long serial Kasautii Zindagii Kay, she then acted in Jaane Kya Baat Hui. She also took part in the reality show Iss Jungle Se Mujhe Bachao. See also: Top 10 Leading ladies on Indian TVs.

Model turned actor Mahi Vij, gained a foothold in the television industry with her role of Nakusha in Laagi Tujhse Lagan on Colors TV. The show became a top-rated show in India and she became a household name. She currently lives in Mumbai and is married to actor and television personality, Jay Bhanushali.

Jennifer Grover is the real Diva of Indian Television & real mix of cuteness with sizzling smile. She is known for her popular roles as Dr. Riddhima Gupta in Dill Mill Gayye (Star One) and Sneha Bajaj in Kasautii Zindagi Kay (Star Plus). Currently she plays Kumud in Saraswatichandra (Star Plus). She married Karan Singh Grover, her friend and co-star from Dill Mill Gayye in a private ceremony on April 9, 2012.

The “Queen Of Beauty” Of Indian TV, Sanaya Irani is better known for her roles in Miley Jab Hum Tum, Left Right Left and Iss Pyaar Ko Kya Naam Doon. She ruled the heart of all by her role as “khushi” In daily soap Iss Pyar Ko Kya Naam Doon on Star Plus. Irani did a cameo in the Yash Raj Film Fanaa and has appeared in several reality shows. Currently, she plays the lead role in Sony TV’s Chhanchhan and appearing in Colors TV’s Rangrasiya.

Kritika Kamra is known for her roles in Kuch Toh Log Kahenge on Sony Entertainment. She started her career as the girl next door with the show Kitni Mohabbat Hai, where she was mostly seen in Indian clothes. She took everyone by surprise when she decided to pose for a magazine topless. That was one of the boldest avatars of Kritika so far in her career. Kritika, has also done a cameo in the soap opera The Serial on Channel V. She has also done a role in the mini-series Ek Thhi Naayka for the promotion of film Ek Thi Daayan.

Pratyusha had a brief stint as Anandi in Balika Vadhu on Colors. Presently, the actor can be seen in Bigg Boss 7. She has signed as a host with reality-based crime saga Savdhaan India for the special segment on “women against crime” with Hiten Tejwani and Sushant Singh as co-hosts.

Drashti Dhami is known for her role in Madhubala- Ek Ishq Ek Junoon on Colors TV and Geet- Hui Sabse Parayi and Dill Mill Gayye on Star One. Eastern Eye placed her at 12th on its list of World’s Sexiest Asian Woman for 2012. She is the winner of Jhalak Dikhla Jaa 6. Dhami is currently dating NRI bussinessman, Neeraj Khemka.

Best known for playing the role of “Kinjal” in Kahe Naa Kahe and also “Jeevika” in Ek Hazaaron Mein Meri Behna Hai. Krystle Is One Of The Master Piece Of God’s Creation, Her Smile Worth a Million Dollor. She With her Sensational Performance As “Jeevika” In Star Plus has Already Robbed The Heart Of Many. She is in few Selective Hottest Actress of Indian Television with real beauty. She was ranked No. 9 in the Top 50 Sexiest Asian Women List by Asjad Nazir of famous British newspaper Eastern Eye. She is currently portraying the lead role of Sakshi(protagonist), a caring wife, daughter-in-law in Sony TV’s Ek Nayi Pehchaan along with Poonam Dhillon.

Sonarika Bhadoria toped the list of hottest Indian TV actresses. She is best known for her role of Goddess Parvati & Adi Shakti in the TV show Devon Ke Dev – Mahadev that airs on Life OK. Sonarika hails from a Rajput family. Her father is in the construction business whereas her mother is a homemaker. She debuted 2011, in the television show Tum Dena Saath Mera that aired on Life OK.