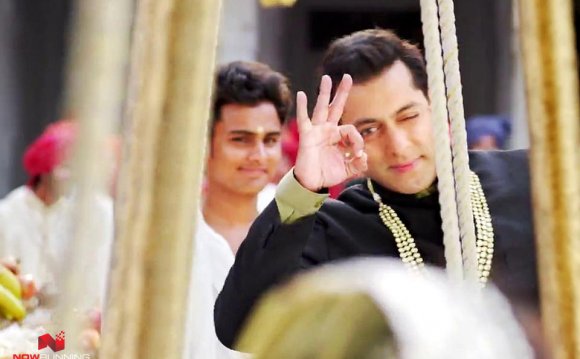 The classic confusion that every movie critic faces in picking top films of the year is whether to go with flicks that have Box Office tills ringing or go with movies that set one’s own heart fluttering.

2015 was a mixed bag of a year for Bollywood. On one hand, we saw a lot of new-age filmmakers come up with some really off-beat stuff, while on the other, we were subjected to some same old, regressive, masala films.

I have simply avoided the whole dilemma by including both. So without any further ado, here are the top five popular movies of the year:

As the old age saying goes,

“Marriages are made in heaven, but so are thunder and lightening.”

Fast-forward four years in reel-time and the fairy-tale ending of the prequel quickly turned into a grim nightmare.

The opposites in Tanu and Manu attracted initially but would they live and grow old with each other? Well that’s the amusing question that is explored in the sequel.

Despite the recent glut of biopics hitting the Indian screens, Manjhi manages to inspire like no other. The movie narrates the true story of Dasarth Manjhi, who out of love for his deceased wife carves a way through a rugged mountain using only a hammer and a chisel.

The movie rests on the shoulders of Nawazuddin Siddiqui who plays the titular character. The powerhouse performer could read the label from back of a ketchup bottle and still have all of us mesmerised and he doesn’t disappoint playing the protagonist this time either.

But make no mistake, the film still has more soul than your typical Bollywood pieces and is sure to warm even the coldest of hearts through this tragic romance-tale of an inspirational individual.

There are films that are supposed to be watched and then there are movies that are meant to be experienced. Masaan falls in the latter category.

Masaan (Crematorium in Sanskrit), narrates two parallel story in the holy Indian city of Varanasi where lives of the principal characters unfold against the backdrop of the Cremation ghats on the banks of river Ganges.

The protagonists of both narratives are unwilling to sacrifice their happiness by adhering to the primitive societal barriers of gender and caste. It is all the more ironic when you consider that these main characters are denied life freedom in the holy city where Hinduism promises soul liberation from the cosmic life cycle.

Packed in a mere 109 minutes, the movie doesn’t just touch upon the universally enduring theme of life and loss but it additionally talks about redemption and repentance amongst others without being overtly melodramatic, due in no small part to some amazingly nuanced acting.

The evocative cinematography and production design, along with a soul-stirring musical score combine together to create this delirious, melancholic concoction that is sure to leave every single viewer liberated.

Tamasha, a story that was simple but intricately executed. A non-linear narrative that was haphazardly treated but yet it was alluring in its form.

It was yet another one of Imtiaz Ali’s mind-jolting ventures of self-discovery. The movie transpired subconsciously as it progressed, leaving the viewer in a vortex of emotional conflict. It makes one question the complexities of a tedious life and to question the inhibitions that leave a person unable to chase his dreams.

Bollywood Stars Aamir And Amitabh To Clash At The Box ...