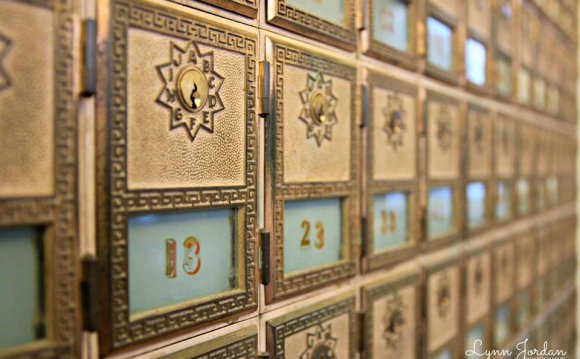 The benchmark of commercial success for a film has moved from Rs 100 crore to Rs 200 crore. A few years ago content-driven films like 3 Idiots and PK have started making the cut.

A good-hearted Hanuman Bhakt (played by Salman Khan) takes on the responsibility of taking a lost, mute Pakistani girl (played by Harshaali Malhotra) back to her country to reunite with her parents. And his entry into Pakistan (in the film) would not have gotten him the kind of applause in theatres that Bajrangi Bhaijaan has received, a fact that is further backed by the film's entry into the Rs 300-crore club. Since its release on July 17, the Salman Khan-starrer has set the box office on fire by becoming the highest Bollywood grosser of the year so far, and the biggest blockbuster in the actor's two-decade long career.

Steering away from the usual masala flicks, Salman has turned heads with his affable new avatar on the silver screen. Kabir Khan has given Sooraj Barjatya's on-screen favourite "Prem" a new twist with the name of Pavan Kumar Chaturvedi. As an honest and simple man, the character has struck the right chords with the audiences. Salman's lovable act has not just pulled many to theatres, but has also made them choke on the emotional drama. And the heart-warming performances by Salman, Harshaali and Nawazuddin Siddiqui has only added to the magic called Bajrangi Bhaijaan.

But more than the superb performances, it is the script that has played the real hero in the film. The story of a man crossing the border just to help a little girl reunite with her parents has caught the fancy of many. And, the film hasn't just received buckets full of love in India, but also across the border. However, the same could not be said about Salman's previous hits like Kick, Ek Tha Tiger and Dabangg. These hits might have made it to the Rs 100- or Rs 200-crore club, but you cannot take away the fact that they were completely mindless flicks and watching them in one go can be excruciatingly painful. However, the trend of over-the-top mind-numbing flicks is not new to Bollywood fans.

It's been seven years since Bollywood coined the term "Rs 100-crore club". In the winter of 2008, Aamir Khan's Ghajini hit the screens and the Hindi remake of AR Murugadoss' Tamil film by the same name struck gold at the box office by becoming the first Bollywood film to enter the coveted club. And the newly coined word spread amongst other filmmakers and producers like forest fire. Taking a cue from Ghajini, everyone tried to dabble in this so-called "superhit formula". Take 600gms of high-octane action, mix it with 200gms of drama and a dash of romance and garnish it with some humour. And then add the much-required spice: The special song (read: item number). And your superhit is ready. With each passing film, every filmmaker religiously used the guidelines to attract fans and it undoubtedly worked wonders for many. But with passing years, the formula was so done to death that the end result turned out to be even worse. But these mindless masala flicks somehow continued ruling the box office and the benchmark of commercial success for a film moved from Rs 100 crore to Rs 200 crore.

But winds of change began blowing a few years back with content-driven films like 3 Idiots and PK making the cut. And the positive response to these films by the audience strengthened the belief that content-driven cinema too can cast its spell on the box office. With the onset of 2015, the audience gave the content-rich scripts a fair chance. For a change, the interesting stories not just caught the fancy of the cinegoers but also raked in much moolah at the cash registers. Apart from Bajrangi Bhaijaan, here's a list of other outstanding films that have become a hit at the box office.
Piku

Shoojit Sircar's slice-of-life family entertainer not just tickled the funny bone of the audience, but this simple story out of a Bengali household also won the hearts of many. High on emotion and comedy, this lovable father-daughter story garnered instant praise from fans as well as critics. A superb script, backed by great performances from Deepika Padukone, Irrfan and Amitabh Bachchan made it to the Rs 100-crore club within three weeks of its release.

If Vidya Balan was called the female Khan of Bollywood, Kangana Ranaut is no less. The versatile actor can carry any film on her shoulders, and Tanu Weds Manu Returns is a perfect example of it. Be it the street-smart Tanu or the Haryanvi Datto, Kangana played both the roles with elan. Focussing on the rediscovery of love between a married couple, the film was an instant hit with the audiences. And strong word of mouth added to its spell at the box office.

Remo D'Souza might have given a starry twist to the sequel of his 2013 ABCD, but the dance and dancers remain the real hero of ABCD 2. Based on a real life story, the film has inspired many, and such has been the craze around the film that it had turned out to be the biggest blockbuster of this year before Bajrangi Bhaijaan hit the screens.

Akshay Kumar's Baby turned out to be one of the first hits of 2015. Sans much naach-gaana, the spy-thriller opened on a slower-than-usual note, but the intriguing storyline kept fans on tenterhooks all through the duration of the film. Word-of-mouth appreciation and positive reviews worked wonders for Baby, and the collections rose, giving this action-packed film the much needed push. Neeraj Pandey's Baby was the first film of 2015 to enter the Rs 100-crore club, and it did so solely on the shoulders of content.