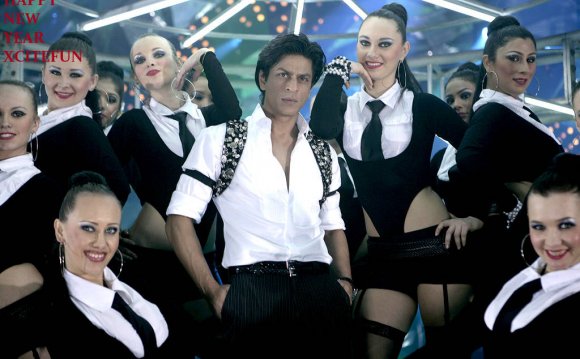 Actress caught in sex scandal'... 'National Award winning actress caught with clients'. Screamed the entertainment headlines the past week. A young actress, seen in a few Tollywood films, who had won a National Award as a child artiste almost a decade ago, was caught soliciting clients in a sting operation. She was named and shamed. A statement released on behalf of the young girl read that she had been forced to sell herself because of financial difficulties and lack of opportunities.
The reaction was extreme. While one side condemned her the other lashed out at the insensitivity of the media for naming her while keeping mum on the powerful men (mostly businessmen) who, it was claimed, were her clients. A few days later, came another report of yet another Tollywood actress who was caught in a similar racket.

Aside from the debate it (rightfully) generated about the media's sensationalist and irresponsible behaviour, the scandal also brought to fore the industry's uncomfortable silence on the exploitation of young girls. As was reported in some quarters the biggies of Bollywood – Amitabh Bachchan, Rani Mukerji (who made tall statements on women empowerment during Mardaani promotions), Aamir Khan and a few others who were approached, refused to comment on the issue. Only TV superstar Saakshi Tanwar, who had worked with the actress years ago spoke out in her defence and exposed the hypocrisy.

Close on the heels of these two incidents came news about Bipasha Basu's statement against a filmmaker she recently had a fracas with. It was alleged that the director behaved badly with Bipasha and the matter had been hushed up. But a visibly angry Bipasha refuted the stories and clarified that nothing of the sort happened and that nobody could mess around with her. Now, if a well-known actress like Bips could be at the receiving end of such nasty stories, imagine the plight of aspiring actors with no connections!

Both Bollywood and Tollywood have always looked the other way when it comes to the blatant exploitation of women in the industry. The soft targets – be it filmmakers or actors – are sometimes named but the bigger ones get away scot-free. It is well-known that such 'favours' are exchanged even at the highest level though they play a different game out there. In fact, the compromises even some top actresses have to make to survive in the industry make one wonder if the fame and the resultant stardom is worth it. As noted columnist Shobhaa De said in her write-up recently, "It's an open secret in Bollywood as insiders snigger about the 'rate cards' doing the rounds. Some of the featured names would make most people roll over and die of shock!

Three years ago, a small-time model Rina Golan created a sensation when she came out with a book Dear Mr Bollywood: How I Fell In Love With India, Bollywood And Shah Rukh Khan" which exposed the Bollywood infamous casting couch. The book accused celebrity filmmakers such as Subhash Ghai and Anees Bazmi, along with singer Anoop Jalota of propositioned her which were all denied by the personalities involved. Nothing came of the book except a few headlines but it once again underlined the seedy side behind the glamour.

Indecent proposals are the order of the day and for those in the fraternity they do not even evoke any surprise. It doesn't matter whether you are struggling or established, the high and mighty expect services from anyone they fancy. Take the case of this foreign bred actress who is known for her sexy image and a couple of item numbers. She was approached for a hot number by this ageing filmmaker who had delivered a mammoth hit years ago. During negotiations he hinted that she would be required to do much more than just dance in his film. The actress allegedly refused the song which went to another starlet. Another actress, once a big name and belonging to a reputed family supposedly has a patron who funds her production company – currently she is known to keep company of politicians. As industry watchers point out, there is very little difference in such behaviour and an organised commercial racket of which the afore-mentioned award-winning actress was a part of. But ask any one – a top filmmaker or an actor – and their standard response would be, "Yes it happens but not
to me!"

At other times, it's not even about roles or work but pure helplessness. A very shocking story is about this top actress who faced visa problems a few years ago. She is of foreign origin and didn't have proper papers to work in Bollywood. She allegedly had to compromise with some government officials to hush up the matter.
In between the mess are the sketchy agents. In the last few years with professional celebrity management agencies and PR companies entering the fray, things have got a lot better. However, not everyone can afford their services. For a young actor or actress, with only stars in their eyes and no connections, they have to fall back on agents who push them to sleazy moneybags. Of course, it would be naïve to expect that the girls and boys don't know what they are getting into but the lure of money, the desperation to maintain a lifestyle and the lack of any other opportunities often drives them to extreme measures.