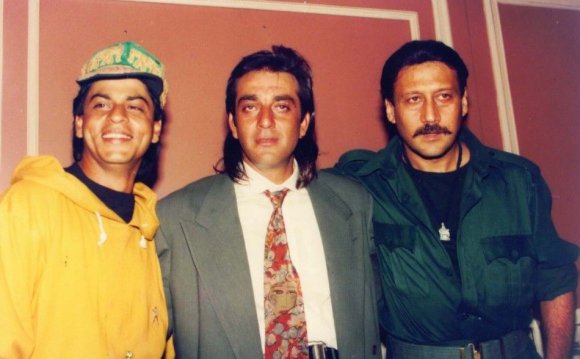 In the last 22 years, Shah Rukh Khan and Kajol have been paired together in only seven movies. So, what contributes to their famed chemistry?

“We are a very ordinary couple in extraordinary love stories. We have never been a glamorous couple — we don’t looking stunning, we don’t look bad.” This is what Shah Rukh Khan said, in a recent interview to The Indian Express, in an effort to deconstruct what makes his legendary chemistry with co-star Kajol crackle and spit over two decades.

The recent release, Dilwale, projected their pairing for the seventh time — they romanced on screen last in My Name is Khan five years ago — as one the movie’s biggest attractions. And, those who have seen the film will agree that their love story is the pivot around which everything revolves in Rohit Shetty’s film — the actions and emotional manipulations, the mafia war, familial sacrifice and an allied romantic track involving their siblings. Kajol-SRK’s romance is the spine of the entertainer with domestic earnings now of over Rs 100-crore. (Read: Dilwale box office collections: SRK’s film collects Rs 273.5 crore worldwide)

But one grouse: why could Rohit Shetty not put aside glamour, car chases and gun-fighting for once to tap the Kajol-SRK pairing? Well, let’s leave the debate over the merit of Shetty’s movie — and the money-spinner it is touted to be — for another day. For now, let’s try to understand the lead actors’ famous “chemistry”; their fascinating presence on screen and their camaraderie off screen. (Read: Shah Rukh Khan’s Dilwale crosses Rs. 100 cr in India, Deepika’s ‘Bajirao Mastani’ picking up pace)

A detailed explanation comes from Khan: “We are the only on-screen couple who has worked over the last 22 years. Usually, a pairing survives barely 5-6 years. For instance, Anil Kapoor-Madhuri Dixit, Juhi Chawla and I. Somehow because of the way Kajol works, we have done only seven films together so far.” (Also read: Ranveer Singh: SRK has worked for 25 years and I’ve been around for just five years)

They appeared together, for the first time, in Baazigar (1993). At the time, Kajol had not enjoyed commercial success even though her debut performance in Bekhudi (1992) was appreciated. Khan was already a popular actor with his boyish charm, raw energy and successes, like Deewana (1992) and Raju Ban Gaya Gentleman (1992). For both, Baazigar became a major turning point. She was a rich brat, determined to find her sister’s killer. He was her sister’s killer who wanted to settle scores with her father. Yet, there was an unmistakable ‘something’ between them. The film catapulted them to stardom and the industry got a bankable on-screen couple — or jodi as they say in Bollywood parlance. (PHOTOS: Dilwale box office collection: SRK’s movie collects Rs 273.5 cr worldwide)

Even though, together they have captured the imagination of the Hindi cinema audience for so long, their appearances have been sporadic, especially after Kabhi Khushi Kabhie Gham (2001) when Kajol opted for a sabbatical. Prior to that, of course, they had acted in immensely popular movies like Karan Arjun (1995), Dilwale Dulhania Le Jayenge (1995) and Kuch Kuch Hota Hai (1998), apart from Baazigar. The success of their chemistry in Dilwale Dulhania Le Jayenge (DDLJ) — which has completed a 20-year run at Mumbai’s Maratha Mandir and is still running — is now part of Bollywood folklore. (Read – Shah Rukh Khan: Great films don’t work without me, darling)

Nearly a decade after Kabhi Khushi Kabhie Gham, when filmmaker Karan Johar brought them back in My Name is Khan (2010), their onscreen presence had still retained the sizzle. In the role of a single parent, Kajol lit up the screen with her verve while Khan once again made us feel the depth of his love for her. Rekindling their “chemistry” seemed as effortless as ever. Kajol has her own take on how this happens. “We have not paid so much attention to it. Ninety percent of the time, we don’t know what we are doing. It is difficult to describe it. Magic has a mystery to it. And it would not be magical, if we could describe it, ” she says when asked about it during an interview to The Indian Express.