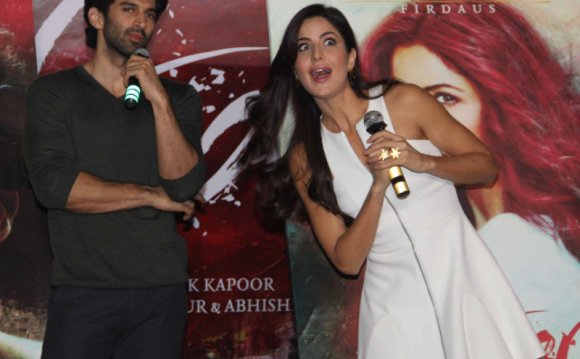 This post has been updated with a new statement from MSF.

The medical humanitarian organisation has alleged that the Hindi film Phantom has references to an aid group that has “aspects confusingly similar to MSF”—thereby putting thousands of its workers, including those in sensitive conflict regions, at risk.

“Such a blurring of the lines between fact and fiction can have real consequences for our ability to work in difficult places where our access depends on people trusting that we are neutral, impartial and independent organisation, ” MSF said in an emailed statement.

“Misrepresentation of humanitarian organisations like MSF could threaten the lives of our patients, staff and undermine our ability to work, especially in the world’s most sensitive conflicts where people might not otherwise have access to medical care, ” it added.

Phantom—produced by Sajid Nadiadwala and Siddharth Roy Kapur on a reported budget of about Rs40 crore—has already stoked controversy for its storyline, which involves an aid worker helping an Indian soldier to kill Pakistani militants.

The aid worker, played by actress Katrina Kaif, is seen using a rifle and a pistol in the film’s trailer:

Although the group confirmed that MSF’s name has not been directly used in the film, its lawyers have written to the producers of the film to remove all references to the humanitarian aid organisation and issue a disclaimer “to make clear that (it) is a purely fictional account.”

“Our requests have been unanswered and we were not able to watch the film before its release, ” MSF said in reply to questions from Quartz. “After seeing the film our legal action is ongoing and we are continuing to explore legal possibilities to address the issue.”

In an earlier statement, the group explained that it has “a strict no guns policy” at all their clinics. “None of our staff would ever carry a gun. Any portrayal that suggests otherwise is dangerous, misleading and wrong.”

Established in 1971, MSF currently employs over 30, 000 health professionals, and logistical and administrative staff across some 70 countries. Many staff members are hired locally, and the organisation has a policy of remaining neutral while operating in conflict areas such as Syria, Afghanistan and Yemen.

“If warring parties see aid organisations as being on one side of a conflict, we are less likely to gain access to those in need and more likely to be attacked, ” MSF explains on its website.

Released on Aug. 28, the film has already drawn controversy after it was banned in Pakistan.

At the time of writing this post, Kapur’s UTV Motion Pictures and Nadiadwala’s Nadiadwala Grandson Entertainment had not responded to Quartz’s emails seeking comments. We will update the post if and when they respond.