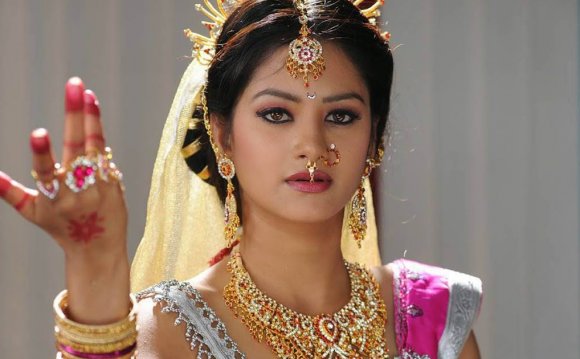 The year gone by saw star kids taking their family lineage forward by foraying into the world of acting, besides some TV actors, who were successful in chasing their silver screen dream by landing big Bollywood projects.

While Akshara Haasan, Athiya Shetty, Soooraj Pancholi played their film background card and got their dream launches, small screen's big names like Kapil Sharma, Gurmeet Choudhary and Karan Singh Grover relied on their talent and managed to make their presence felt with their debuts.

However, Bhumi Pednekar and Harshali Malhotra were the only two names who stood out in the crowded newcomers list of Bollywood with their impressive turns in Dum Laga Ke Haisha and Bajrangi Bhaijaan respectively.

The younger daughter of Kamal Haasan-Sarika and sister of actress Shruti Haasan, Akshara followed in the footsteps of her famous parents and sibling. And she got a dream launch in Bollywood by noted director R Balki, who cast the youngster opposite megastar Amitabh Bachchan and Tamil superstar Dhanush in Shamitabh.

Although, the film tanked in the box office, Akshara was noticed by filmmakers and she has already started shooting her next film Lali Ki Shaadi Mein Ladu Deewana. The most-talked about debut of this year was of Suniel Shetty's daughter Athiya and Aditya Pancholi's son Sooraj in Hero. The newcomers were launched by none other than Salman Khan via his home production and the superstar left no stone unturned to promote Athiya and Sooraj.

Both the actors did not manage to impress the critics but they have certainly found a foothold in the industry. This year also saw the much-delayed debut of Govinda's daughter Tina Ahuja, formerly known as Narmadaa, who chose Second Hand Husband as her maiden film.

Her launch was not a glitzy affair like the other star kids, but the film starred Dharmandra and marked Punjabi superstar Gippy Garewal's Bollywood debut even though it sank without a trace. Bollywood stunt director Sham Kaushal's son, Vicky Kaushal, who had bit roles in a few films, he made his Bollywood debut with Neeraj Ghaywan's Cannes winner Masaan. In the role of an engineering student Deepak looking for a way out of his Dom lineage, Vicky excels in the poignant drama.

Having conquered the small screen with his hit comedy show, comedian Kapil decided to try his luck in the filmdom with Kis Kisko Pyaar Karoon. The romantic comedy was the perfect vehicle for Sharma's transition from television, as it played on the actor's strengths.

The Abbas-Mustan-directed film was flawed, but Kapil's comic timing and his ability to turn a bland scene into something hilarious, was the saving grace for the film. Two of the television's heartthrobs, Gurmeet Choudhary and Karan made their Bollywood debut this year with horror films.