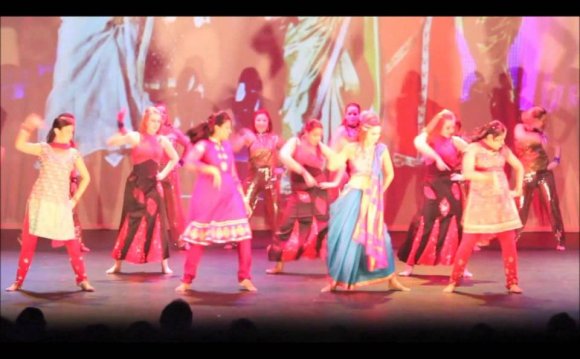 Krisha Jilson, who founded the Canberra School of Bollywood Dancing a decade ago, has two sons. But they don't dance and never have.

"I wish I had a daughter who took dance, " she says wistfully. While she doesn't insist her sons dance, she does make them help her pack the school's costumes – "otherwise I won't take them to cricket matches".

But while her sons haven't succumbed to the allure of the Bollywood moves taught at her school, plenty of other people have – "3000 people have danced their way through", she estimates, and from modest beginnings in Tuggeranong the school now has 150 students a term with eight tutors and additional locations in Gungahlin, Belconnen, Woden and Civic.

Jilson was born in Sri Lanka and met her Indian husband in Darwin in 1991 while she was studying a computer degree. They married in India in 1996 and moved to Canberra the following year to work in the public service.

"It was a great idea to come to Canberra – we've never regretted it, " Jilson says. But work wasn't the only drawcard.

"We wanted to attend as many cricket matches as possible – Darwin doesn't have any matches, " she says. As well as having its own games, the ACT is well located between Sydney and Melbourne for travel to major matches.

A performance by Canberra School of Bollywood Dancing. Photo: supplied

Growing up in Sri Lanka, Jilson studied Bharathanatyam classical dancing, the ancient style, more than 2000 years old, from south India. But it wasn't something she loved as a six-year-old.

"I hated it!, " she says. "It involved a lot of technical work and was very strict. Like all kids my age I was pushed by my parents."

She studied dance for several years and while she might not have appreciated it at the time it gave her the grounding for her Canberra venture, where the dancing is less formal and the emphasis is as much on the music and the costumes and having fun as on the choreography.

A fan of the vibrancy and colour of Bollywood movies, she began putting on dance shows in Canberra's Indian community for fun and eventually people suggested she should start sharing it more widely. So she threw herself into a period of researching how to set up a business and in 2006, Canberra School of Bollywood Dancing began in Tuggeranong with 30 students and Jilson as the teacher. And it grew from there, largely by word of mouth, and now has classes for students ranging from three years old to over 60 – and in some cases three generations of the same family, grandmother, daughter and granddaughter, have come to the school.

"Bollywood has certainly become a household name in Australia. Many people are opting for Bollywood-themed wedding, birthday, hens' classes and work function parties and people are falling in love with Bollywood music and dancing."

The colourful costumes are another attraction for many people. Jilson began by making them herself and now sources some from India as well as relying on a team of volunteers to sew others.

The students perform regular concerts in theatres and raise money for charity.

"Recently we raised $1600 from our concert to the Ronald McDonald House. This is our way of saying thank you to the Canberra people for supporting us for the past 10 years."

The appeal of Bollywood, she says, is in the music and the beat and the sheer catchiness of it – it makes you want to hear more.

"Bollywood dance is about storytelling, " she says.

"The songs are from the movies and are there for a particular reason – for example, a celebration song, a seduction song, a love song, a song of sadness. So when you dance it out, you are dancing to the words and mood. Different songs are used at different occasions."

For some people, it's a fun form of exercise – "even people with two left feet can still learn and have fun", Jilson says.

"It's a great workout for the brain, because you have to remember the steps ... and it's a great way to remain active."

For others, the appeal is in learning the dances themselves, a range including kathak, a form of Indian classical dance, hip-hop, and Bollywood zumba.