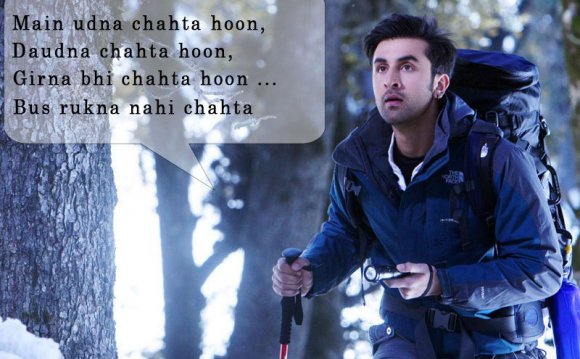 Film buff Sukanya Verma presents some of the most iconic Hindi film dialogues of all time.
Mr Gable stands corrected. I do give a damn.

A largely silent film may have swept top honors at the recent Oscars but dialogues continue to enjoy a formidable place in the movies. Right from bombastic and florid to pedestrian and monosyllabic, it's all about saying the right words at the right time.

Mouthing catchphrases or zingy lines is quite easily the most fun and addictive element in any cinema aficionado's conversation. But to pick 25 of its best ones from a heap of hundreds of movies, thousands of lines and millions of reasons is tougher than it looks.

Nonetheless, here's an assorted compilation of the most iconic, amusing and catchy movie quotes I love, arranged in a chronological order.

It's been more than half a century but Dilip Kumar's unforgettable anguish, as he conveys the pitiable desperation of Sarat Chandra Chattopadhyay's tragic hero, still evokes a feverish sigh.