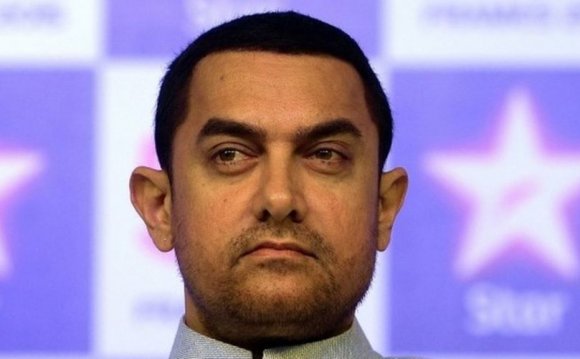 While Shah Rukh Khan has been considered a target since 2013, Aamir Khan got an additional cover after he expressed his views on the raging debate over acts of intolerance in November.

In a major overhaul, Mumbai Police have downgraded or nixed the security cover for 25 Bollywood celebrities, including actors Aamir Khan and Shah Rukh Khan. Senior officials confirming the development stressed that the move was needed to nix ‘unwanted’ security cover.

The two Khans were provided additional force in the wake of their comments on the subject of intolerance. The officials said an assessment review had pointed out the actors no longer faced any threat. While Shah Rukh Khan has been considered a target since 2013, Aamir Khan got an additional cover after he expressed his views on the raging debate over acts of intolerance in November. But now, after the overhaul, only two armed constables will shadow the two actors in two shifts. The armed protocol and armed vehicles have been called back, confirmed officials.

“We were providing security to around 40 Bollywood celebrities. But now we have trimmed the list and have brought it down to around 15 personalities against whom there are genuine threat perception, ” confirmed an IPS official. “A lot of manpower gets wasted in providing security to celebrities, and it is at times unwarranted. An audit was recently conducted and security of over 20 personalities have been either nixed or trimmed, ” added a police source. (Amitabh Bachchan first choice to replace Aamir Khan for ‘Incredible India’ campaign)

Police said the threat perceptions concerning Shah Rukh Khan had begun surfacing during the release of his movie My Name is Khan. Further, in January 2013, Jamaat-ud-Dawa chief Hafiz Saeed’s comments, offering the actor asylum in Pakistan if he felt insecure in India, saw fringe groups attacking him. The actor had written an article in a leading English magazine about how he was a ‘soft target’ and always has to prove his patriotism. The article led to another bunch of vicious attacks against him on social media, with several threats coming his way. “However, the latest assessment does not indicate any imminent threat to the actor and, hence, we have downgraded his cover, ” said a senior official.

Security to Aamir Khan was extended post the release of his movie PK. Last November, the actor had also allegedly received extortion calls from gangster Abu Salem. Recently, the actor spoke on the issue of intolerance, saying that he was “alarmed” by a number of incidents of intolerance and that his wife Kiran Rao has suggested that they should probably leave the country. His comment sparked a row and BJP workers staged protests outside his Mumbai residence.

“Post their comments on intolerance, we had provided round-the-clock security to the two actors which included two armed constables and an armed guard on two shifts and an armed escort vehicle. Following the recent assessment, we have pulled out the escorts and the armed in-charge. Now only two armed constables will cover them in two shifts, ” said a senior official.

Of the 15 Bollywood personalities who continue to remain under the security cover are actor Akshay Kumar and producers Mahesh and Mukesh Bhatt. “While Akshay Kumar had a threat perception since the release of his movies Khiladi 786 and Oh My God, he also received extortion calls from the underworld. He had also complained that he received death threats after he sacked his 46-year-old domestic help. The Bhatt brothers have threat both from the underworld and terror outfits like the Indian Mujahideen, ” said a source. Lata Mangeshkar, Dilip Kumar and Amitabh Bachchan, viewed as iconic figures, will enjoy round-the-clock security cover, besides a police escort.