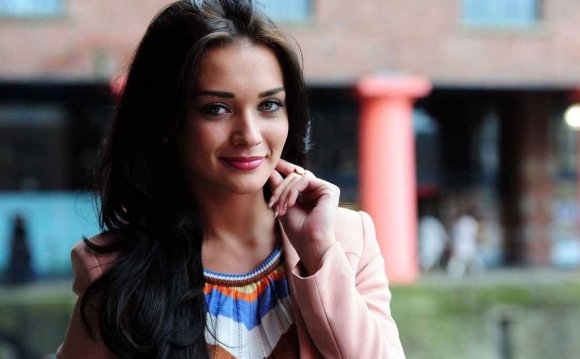 In recent times, we have seen TV actors making a transition from the small screen to the big screen with alacrity. Sushant Singh Rajput, Karan Singh Grover, Gurmeet Choudhary, Jay Bhanushali, Manish Paul — the list is quite long; but when it comes to the actresses, they are few and far between. And those who have, like Sara Khan and Karishma Tanna, haven’t made a mark. The only actresses who have managed some amount of success, are Yami Gautam and Prachi Desai. Jennifer Winget is all set for her debut with Phir Se, but it was embroiled in a plagiarism row and is now awaiting release. Last year, there was speculation about Ankita Lokhande being considered for Happy New Year opposite Shah Rukh Khan, but that never happened. This year, she was in the news for Salman Khan’s Sultan, but even that may be a false alarm. Whatever the reason, there seems to be some kind of block when it comes to the TV bahus. Nevertheless, we think there are a few actresses who tick all the right boxes to make a Bolly heroine. Here’s the lowdown...

Mischievous and full of beans, Kritika is TV’s Parineeti Chopra. She is not one of those size zero girls obsessed about her figure, but is curvy and happy about it. She attained stardom with her role as Arohi in Kitani Mohabbat Hai and her onscreen chemistry with Karan Kundra led to a real-life pairing too. Their relationship did not last, but their breakup didn’t come in their way hosting a show together. Cool, huh? In fact, when she was doing Kuch Toh Log Kahenge, Ekta Kapoor had signed her for a film. She had such a good equation with the makers of her serial, that they wrapped up the serial to facilitate her transition to films. That was two years ago, and the film is yet to take off! Kritika, in the meantime, is back on TV. She did a couple of reality shows Webbed and Jhalak Dikhhla Jaa. She even did a fiction show Reporters, that winded up recently. So, it’s the right time for Kritika to make the big jump.

Tall and attractive, Sonarika stood out amidst the TV bahus much like Deepika Padukone did in her first film. Sonarika was the cynosure of all eyes as the pious Parvati in Devon Ke Dev Mahadev. Even at that time, it was clear that this actress had set her sight on films... and why not? She had the looks, glamour and the oomph to be a heroine. She even claimed to have been approached for films which she couldn’t take up as she was busy with the mythological serial. Yet, after a year of doing the popular show, she had a controversial exit from it. That’s when she decided to completely move out of TV and focus on the big screen. The South industry, which is always looking for gori chitti ladkiyan from the North lapped her up, and she has already done two films Indrajith and Jaadugadu since. Bollywood, however, is yet to take notice. In case you are not aware, even Deepika started her career with a Kannada film. So, guys just give this girl a break.

It was in 2007 that Mouni Roy first made an appearance in a TV serial Kyunki Saas Bhi Kabhi Bahu Thi and gained instant popularity. This Bong beauty has done several serials and reality shows since then. Her outing as Sati and her sizzling chemistry with Mohit Raina, who played Shiv in Devon Ke Dev Mahadev, was a TRP-booster, so much so that after her role was over, she was brought back for a while. She proved herself to be an excellent dancer in Zara Nach Ke Dikha and more recently in Jhalak Dikhhla Jaa 6 with the likes of Karan Johar and Madhuri Dixit showering praise on her. In the past, Mouni had expressed reservations about wearing a bikini on screen, but surely that isn’t a criteria to be a heroine anymore, is it? With different kinds of stories being told, Mouni can easily fit into any one of them. She can look sultry as a siren, sexy in western outfits and is equally at home in traditional attire just like the cute and petite Alia. She has showcased all the avatars in reality shows. Now, if only it got translated onto the big screen!

Karan Johar said she was better than Kareena Kapoor when she performed Halkat Jawani (Heroine) in Jhalak Dikhhla Jaa 6. She was also complimented for her beauty and told she looks like a movie star. Yet, Drashti hasn’t bagged any film! With a classic Indian face and a curvaceous figure a la Sonakshi Sinha, Drashti can give heroines a run for their money. What’s more, she rocks with any male actor she is paired with. She had sizzling chemistry with Gurmeet Choudhary in Geet Hui Sabse Parayi. Gurmeet has said the chemistry between Geet and Maan (their character names) was special and unique. When in her next show, Madhubala, she was paired with Vivan Dsena, the two created magic on screen. And now, Drashti has a cool, comfortable quotient with Siddhant Karnick, her co-star in Ek Tha Raja Ek Thi Rani. She has all the jhatkas and matkas a Bolly heroine needs, down to a pat. After all, she won the dance reality show. So, what are filmmakers waiting for?