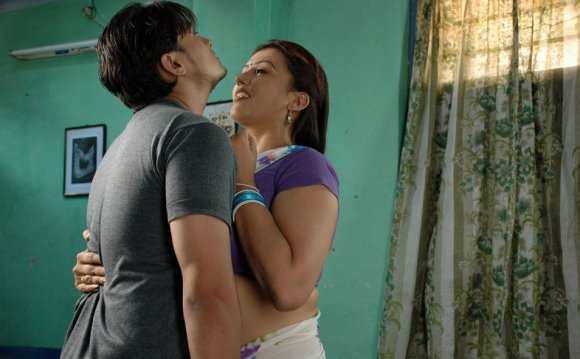 If you missed the last Mithun Chakraborty action saga with a hackneyed name like Jodidar, Kaliya or Dadagiri, don't panic. Chances are there will be another one releasing next month. Shapath, an action drama, in which Chakraborty played a wronged cop seeking revenge against arch villain, Gulshan Grover, released in December.

Shere Hindustani, in which Chakraborty played a wronged cop seeking revenge against arch villain, Grover, released in January. And Chandal, starring Chakraborty and Telugu film heroine, Smeha, releases in March. What's the story? "Run-of-the-mill stuff, " says Chandal's producer director Rajiv Babbar, who also produced Shapath, Sher-e-Hindustani and will be launching Harfan Maula with Chakraborty and Jackie Shroff in February. "You know, an honest cop, his family is murdered, so he seeks revenge against the villain."

Chakraborty is a movie miracle. The actor who started his career with Mrinal Sen's arthouse classic Mrigayya today is Bollywood's B-grade king. Every year, a slew of similar Chakraborty sagas which have the three time National Award winner beating up the baddies, romancing voluptuous unknown Southern heroines and eventually triumphing over evil release and, often, sink without a trace. He had eight releases last year.

This year, one film has already flopped and five more action films await release. Despite a record 30 flops in the past five years, Chakraborty still has three films under production and an astounding 14 signed. In a high power high stakes Bollywood, where multi-crore budgets are marginalising the smaller players, Chakraborty is thriving he has already completed 300 Hindi and Bengali films as hero. Says Film Information editor Komal Nahta: "He is minting money in his worst period."

How? A little bit of planning. In the early '90s, Chakraborty, then a fast-slipping star, decided to rework his career. He moved to Ooty, opened a luxury hotel, the Monarch Ooty and transformed from an artiste into a businessman. Chakraborty laid down certain working conditions he doled out bulk dates for producers who were asked to shoot in Ooty (stay at his hotel, naturally) or neighbouring locations.

The heroines, required only for the mandatory hip swivels were interchangeable bimbettes, usually from the South (Rambha, Smeha and others) and the film was completed in four months flat. This superefficient working system kept Bollywood's exorbitant interest rates and the budget in check. The outcome? Low budgets equal low selling prices equal a safe investment.

The formula stills works. Today, a Chakraborty film costs around Rs 2 crore to Rs 2.5 crore (the hero whose charges are a rumoured Rs 45 lakh to Rs 65 lakh is the most expensive component) and is sold for Rs 25 lakh to Rs 45 lakh per territory. Compare this to the average Shah Rukh Khan starrer, which can cost Rs 6 crore plus and sells for over Rs 1.5 crore per territory.