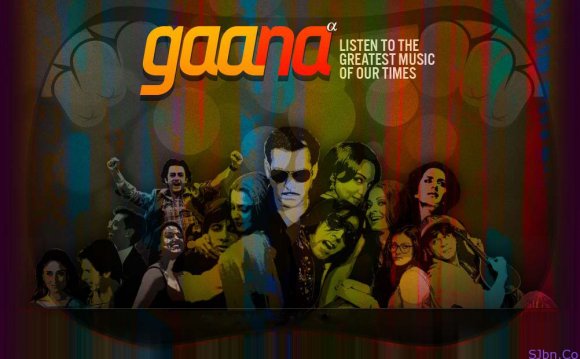 Thing is, Bollywood films are stuck in the "musical" mode.

In the beginning, a lot of Hollywood films had songs, and the trend continued well into the 50s and 60s. Notable examples are Seven Brides for Seven Brothers, aka Satte Pe Satta in Hindi, and The Sound of Music, which inspired Gulzar Sahab's Parichay.

However, while Hollywood outgrew the "muical" genre and spread into other kinds of films, Bollywood seems firmly rooted in them, primarily because while people the the West, particularly the US, get most of their songs from musical bands or groups, our staple is the film industry.

Also note that while most Hollywood musicals have the actual actors singing their lines if they are shown belting out a number on screen, Indian film industries heavily depend on playback singing. As a result, even if an actor can't sing here, he or she may easily be shown singing on screen, thus making music in films more viable.

Add to that the fact that a lot of people depend on the radio for entertainment, and relate to films only through the songs they have heard over the ether, and you begin to see exactly why our films have songs.

Interestingly, not all Hollywood films have songs. While films like Black and A Wednesday are only recent additions, one of the earliest in this genre is Gulzar's 1973 film Achanak, which happens to be based on the last court case in India in which the jury system was involved.