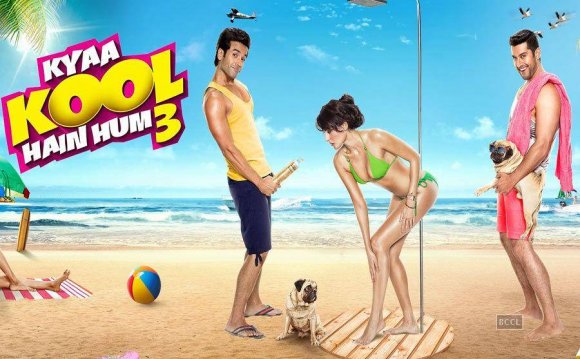 It's that time of the year when everyone's putting out their "Best of" lists- the best books of the year gone by, the big news moments, and of course, my personal favourite, the best movies. And as you go down these lists, I'd like to pitch an idea I've been thinking about a lot lately: the idea that the biggest change in the last one year in Bollywood is that the movies have finally started featuring real women like you and me. In fact, I'm going to risk looking like a movie buff who's wearing rose-tinted glasses and say that mainstream Bollywood finally has a considerable, roomy, feminist space.
The trend actually seems to have started a little before the year gone by with the aptly named Queen. Nothing else celebrates the idea of being a woman than a movie that tells you that you deserve to be in Paris, even if you've been jilted at the crucial saat phere, even if your fiance cruelly dumps you while your little brother feels sorry for you. And our heroine didn't feel the need to then surreptitiously creep away or lie to her family to keep up what may be appropriate behaviour post-heartbreak. She proudly announces that she will go alone on her honeymoon. And then cinema magic takes over when her West Delhi parents completely understand her needs and encourage her to fly away while, of course, skyping with her constantly.

Yes, that moment of Bollywood made up to such a large extent for all the stereotyping, all the misogyny, all the sidelining of women that was inflicted on us in the name of popular culture down the years. It made me look for other signs, signs that Queen wasn't a freak occurrence. And I found them in the form of Piku, the Amitabh Bachchan-Deepika Padukone starrer that showed a single adwoman who lives with her father but also has a sex life. It was the first Hindi film I had seen that talked about a woman's "needs". Maybe it took the progressive Bengali (Shoojit Sircar) to tell the tale of a progressive Bengali family, but how can you not find it aspirational that father and daughter live under the same roof and they accept each other's "needs"- hers to have a man spend the night now and then, and his desires for everything scatology? It wasn't an art film; Piku is not treated like some wanton woman by even her extended family, and she seems to have a happy ending in the film without any change in her marital status. Which by the way, was the same fate of Kangana Ranaut in Queen - happiness in finding the fabulousness of oneself rather than finding Prince Charming.
You may think that it's just these couple of films that prove my feminist point but look closely at other films too. In Tanu Weds Manu Returns, another big hit, the female lead may be a small-town girl, but she knows that she doesn't have to wither away just because her marriage isn't going like she thought it would. The film allows us to admire a heroine who moves back home but refuses to be cowed down by her horrified father with his oh-so-last century views of how wives should behave. She dresses how she wants to, goes on a bike ride with whomever she pleases, and puts people in their place when they misconstrue her manners. She also indulges in some reminiscing with an old boyfriend, just because that's what her estranged heart wants!
Yes, the signs of a feminist revolution are all over Bollywood, and it's making me turn to it more and more. The reason why I am going to the cinema more to watch Hindi movies is because I see so much more of women like me on the Big Screen. I see it in the female lead of Dum Laga Ke Haisha who does not lose weight by the end of the film, who does not silently bear it when her husband refuses to have sex after marriage. It's a healthy, real woman who voices her "needs" (there's that word again).
I see it in Tamasha where it is the girl who plays the knight in shining armour. If it wasn't for Deepika Padukone's character, Ranbir Kapoor may have retired in that mediocre job, still brown-nosing his idiot boss. And I even see the strong woman character in gritty, male-dominated Titli, where the Neelu character isn't scared of her psychopathic in-laws and is practical enough to strike a deal with her husband to eventually be with her lover!
I know that real film critics will probably rain down on my feminist vision of Bollywood, that they will perhaps find many elements in each one of the films I mentioned that contradict my point of view, but for my part, I'm happy with these signs. It's a fantastic opportunity for the real revolution to keep making its way.

Poonam Pandey - My movie will have best sex scenes.