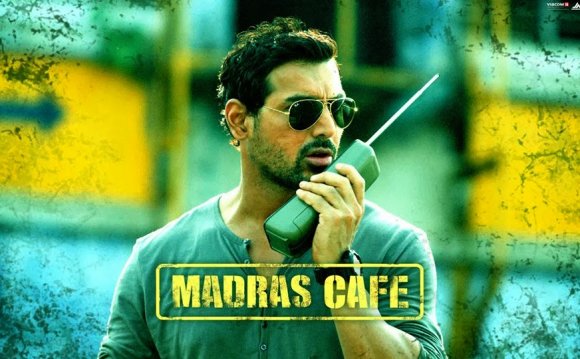 The Indian film industry, Bollywood, is witnessing great development and growth. With each passing day, the quantity as well as the quality of these movies is largely enhancing. With a great number of movies produced each year, the directors and script writers find themselves in severe competition to meet the required standards and aspirations of viewers. The currently prevailing year, 2013, has already witnessed a good number of movies produced within first two and half months. The transitions in the trends of stories in Indian movies can easily be observed from these movies as the new productions are now more action, suspense and comedy oriented. More than hundred movies are expected to be produced in Bollywood in 2013. Here is the list of top 10 best Bollywood movies of 2013. This categorization is based on the script, camera work, staring cost and of viewers.

Kai Po Che was released on February 22, 2013. It is a drama movie directed by Abhishek Kapoor. It is of 2 hours duration. The story revolves around three friends living in India who intend to establish a cricket academy for the training of Indian youth. The starring cast includes Amit Sadh, Amrita Puri, Raj Kumar Yadav, and Sushant Singh Rajput.

Table No. 21 was released on January 04, 2013. It is a thriller movie, directed by Adittya Datt. Its duration is 108 minutes. The story revolves around a couple living in India. They are of middle class and are live a mediocre life. Among the starring cast of this movie are Rajish Khandelwal, Paresh Rawal, Tena Desae and Dhruv Ganesh.

Special 26 was released on February 08, 2013. It is based on a crime story and is directed by Neeraj Pandey. Akshey Kumar is the seen as a leading actor in this movie which increases the fame of movie. The story revolves around a group of criminals of 1980’s who assumed different postures and cheat people through robberies or thefts. Among the other stars of the movie are manoj Bajpaye, Jimmy Shergill, and Anupam Kher.