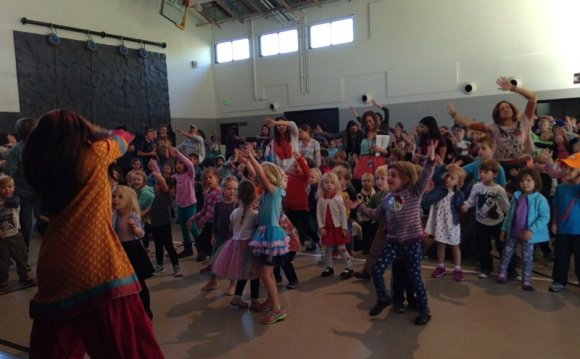 A dance routine performed by a Finnish cabin crew has become a YouTube sensation.

In order to celebrate India’s 63rd Republic Day, staff on a Finnair flight from Helsinki to New Delhi performed the choreographed routine, which has already racked up hundreds of thousands of views.

Helena Kaartinen is the flight attendant who came up with the idea and she told the New York Times she linked up with a friend who is a Bollywood teacher to develop the dance.

She said: ‘It was a good way to show respect.’

Ms Kaartinen added she thought it would be a good way for the staff of the airline to show they understood something about Indian culture.

Expert Manish Gawde helped to perfect the final routine after the cabin crew uploaded efforts of their test attempts ahead of the final flight AY201.

The dance takes place to the tune of Deewangi Deewangi, which is from the film Om Shanti Om, a movie directed and choreographed by Farah Khan.