News of Bollywood in Hindi 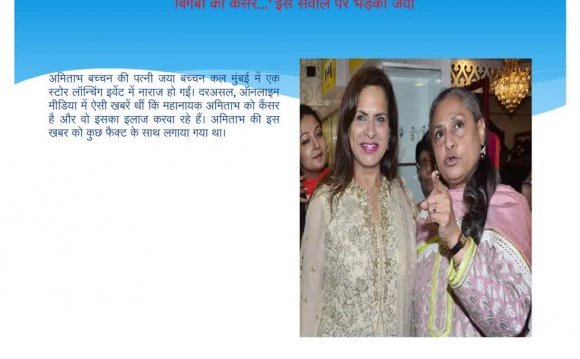 From AbRam to Ranbir-Katrina: Here's an A to Z list of Bollywood in 2016.

A: AbRam Khan, Aaradhya Bachchan, Azad Rao Khan, Adira Chopra These star kids will continue to make headlines like their superstar parents. Kudos to the paparazzi.

B: Box-office clashes Sultan v/s Raees; Shivaay v/s Ae Dil Hai Mushkil. Movie clashes are alright, but keeping star egos at bay is another story. Ask us about it! Adding more muscle power to our movies this year is none other than Baahubali 2.

C: Censor Board to adopt the American movie-rating system? That is the best piece of news we've ever heard. Can we punch the prudes in their face?

D: The last year truly belonged to Deepika Padukone who had a wide range of films like Piku, Tamasha and Bajirao Mastani. This year looks as exciting with her Hollywood debut with Vin Diesel. Of course, her real-life pairing with Ranveer Singh continues to create as much news as her movies.

E: English films will continue to give our desi films a tough fight at the box-office. So what if some of our stars are flirting with Hollywood, too?

G: Girl Power Our Bollywood girls will add more power to the box-office, and more meat to their roles — and by that, we don't mean skin show. They will also continue to fight for pay parity and rightly so. Bravo, girls!

H: Hangovers Our superstars are getting over their typical role hangovers this year and dabbling with thoda hatke films. While Salman Khan will play a wrestler in Sultan, SRK will play a bootlegger in Raees. Cheers to that!

I: Irrfan, who struggled to get a foothold in Bollywood for a while, is now in Hollywood's big league. After Jurassic World with Steven Spielberg, he is in Inferno with Tom Hanks. Attaboy!

K: Kapoor khandaan will stay in the news all year. Kareena and Saif will probably move into their three-floor plush apartment. Karisma's impending divorce will hopefully make headway. Ranbir and Katrina's relationship will be the cynosure of all eyes, as always.

L: Live-in relationships, lip jobs and liposuction — Bollywood is all game for it. Well, so what if they claim it's au naturel. We know better, don't we?

M: Marriage — will that be the buzzword in Bollywood this year? Will Salman get hitched? Will Ranbir Kapoor finally pop the question to Katrina? Will Anushka and Virat walk down the aisle? We need some real naach-gaana in Bollywood, guys. So c'mon now...

O: Over the top. No one can beat Ranveer Singh at this. He has left the moustache and man skirt behind, but don't worry fashionistas. He will continue to stun us with super style statements this year, too.

P: Pouts will continue to be the chosen perfect pose for our Bollywood ladies. Kareena, Alia, Sonakshi... bring them on!

Q: Queen Kangana has to once again fight it out with rivals like Deepika Padukone to regain the Tanu Weds Manu Returns kind of box-office glory. It was a photo finish in 2015 for them.

R: Ranbir Kapoor is constantly dodged by the shutterbugs for a picture with girlfriend Katrina Kaif. Well peeps, there will be enough scope this year. Ranbir and Katrina will be seen onscreen together after a span of five years in Anurag Basu's Jagga Jasoos.

S: Sanskari has an all new meaning ever since our Censor Board chief Pahlaj Nihalani expressed that too much of kissing and sex onscreen is not our culture. This year, there is hope that his term is 'cut short' (much like the Bond kisses). And Bollywood can love and make love with abandon.

T: Term over incarcerated for his involvement in the Mumbai 1993 bomb blasts case, Sanjay Dutt is likely to finish prison term this year. And Rajkumar Hirani is waiting to start the biopic on Sanjubaba's life, with Ranbir Kapoor essaying Dutt on screen.

U: Ulia (pronounced that way) spelt Lulia will continue to make headlines this year as well for being Salman Khan's supposed girlfriend. She has been frequently spotted with him in close family gatherings. Will it become official soon? Only Salman can tell us.

V: Virat Kohli, who is called Bollywood ka jamai because of lady-love Anushka Sharma, will continue to be a frequent visitor on her outdoor shoots. Likewise, she will cheer him on at the game. But trollers, stop the blame game!

W: War for the top spot in Bollywood, war over roles, war of words. War over wardrobes (read: fashion) or war for love. These are endless wars in showbiz. And this is what gives us fodder, and the movie stars the fuel to go on.

X: X-Files of Kareena Kapoor Khan's past will be reopened. Rangoon, a much-awaited film, will bring together Kareena's ex Shahid Kapoor and hubby Saif Ali Khan in the same frame. Meanwhile, we will also see her with Shahid in Udta Punjab, though not opposite each other. Hold your breath and let the drama unfold.
Y: Yawn! Overzealous Bollywood behind-the-scene guys who will continue to plant stories on how their actors are the most sought-after, and how they are buying expensive homes, cars and throwing 'surprise' parties for their spouses, spare us guys! These are the perks of stardom, so tell us something new.
Z: Zip it! Some stars should definitely zip it this year. Only to be safe and sure. Anything you say (or sometimes don't say) becomes politically incorrect.