Bollywood News and Gossips in Hindi 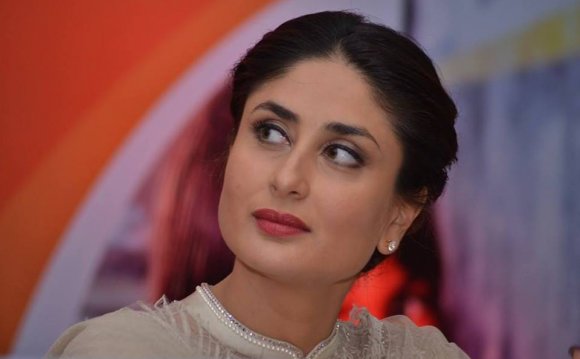 Finally…one film that really warmed our hearts and welled our eyes!

Ram Madhvani, take a bow! If Neerja has managed to win everyone’s hearts, it is all thanks to your handling of a subject that every Indian should watch!

The ad-filmmaker whose only film credits happened to be an experimental film involving Boman Irani (Let’s Talk!), and an abandoned Amitabh Bachchan fantasy adventure (Taalismaan) is the real hero of the film. Having watched Neerja, I am wondering how come no one offered more projects to this talented man, who definitely can direct! Neerja is a film that will pull you right into the action, make you fear for the characters, touch your heart and finally leave you teary-eyed. In an era, when people are fighting with each other for petty things like who raised which slogan, and who consumed what, we need films like Neerja that shows us what it is to be a true Indian, and above all, a true human being! Neerja Bhanot was a true Indian hero and this film is the true need of time for us to know what nationalism and humanity is actually!

Here’re 5 reasons why the film impressed me beyond my expectations!

Though Neerja is a biopic, what separated it from other biopics made in Bollywood is its realistic setting. Yes, we have films like Bhaag Milkha Bhaag, Mary Kom, Manjhi which were liked by many. But they are biopics tailored to suit commercial elements, ultimately ruining the essence of a true story. Though they were many opportunities for the makers to make Neerja more heroic than required, Ram madhvani thankfully avoided those urges by sticking to what really happened. There maight be little digressions, but all those are firgiven by the end of the film. Another thing that worked is the casting. Except for Sonam Kapoor, Shekhar Ravjiani and Shabana Azmi, the rest of the cast are mostly unknowns and it works pretty well in setting a sense of realism. The terrorists shown in the film are not masterminds; they are inept people with their own insecurities, which makes them far more dangerous. And this helped in creating that sense of dread and gloom!

If the realistic setting made you claustrophobic, what realy touched your heart are the sensitive performances of its principal characters. Sonam Kapoor uses her limitations to her advantage this time, as she plays a role that was tailor-made for her. I just cannot imagine any other actress in the same role, and that is her biggest achievements. She is brilliant in those scenes, where she is shown reading two different letters in two different scenarios. Yes, her voice is still squeaky, but her performance overtakes her flaws. What to say about Shabana Azmi! She can be terrific even in a meaningless scene. While the film is about Sonam Kapoor, it is Shabana Azmi’s speech in the end that moves you. Even Yogendra Tiku, who plays Neerja’s father, is natural and empathetic. Shekhar Ravjiani, in a small role, puts in a tender and likable performance

Not wasting time on frivolous subplots

Eighty percent of the runtime of the film is only focussed on the hijacking drama, so you really don’t feel your attention wavering away. Yes, Neerja’s family and her abusive marriage are also depicted, but they are added as layers to the main plot, making Neerja’s sacrifice more poignant and they never feel forced in any way. there are two song in the film and they only just put a breather into the proceedings, as you wait to see what happens next!

If you find Neerja to be a compelling hijacking drama, it’s because the director has tried to make you, the viewers, involved in the proceedings. They have used the steadicam to shoot the film, which makes you feel that you are a part of what’s happening around Neerja. The editing is crisp, and the background score demands you to be engrossed, sometimes scary sometimes emotionally invoking!

If you leave the theatre hall with tears in your eyes, it’s because the last 20 minutes of the film is so strong and emotionally wrought, thanks to the fantastic performances and deft handling of the scenes. You know how the film will end, and yet the way they have depicted Neerja’s sacrifice will definitely touch the deepest crevasses of your heart. It’s totally carnage as the hijack drama comes to close, yet the director has manages to bring in the right pathos, without making it go over the top. If you still haven’t burst that tear dams of yours, maybe Shabana Azmi’s speech in the finale and the line ‘Pushpa, I hate tears!’ will definitely do the trick!

Bollywood News and Gossips Farah Khan Is Planning A 50 ...