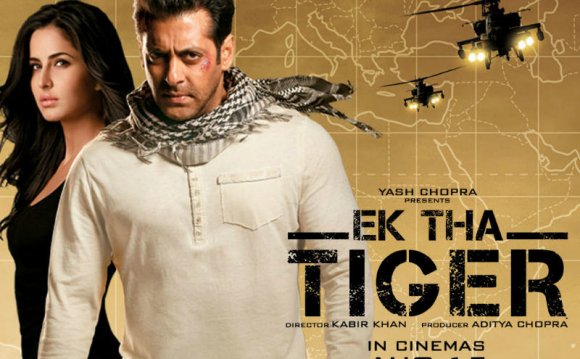 BOLLYWOOD IS A MAGICAL place. Hindi movies every year make us laugh, cry, want to fall in love, and also inspire us to become better human beings.

It is so easy to get mesmerised by Hindi movies. 2016 brings many delightful new promises from Bollywood.

After a long time, Shah Rukh Khan and Salman Khan are working on bold scripts with movies like Fan, Raees, and Sultan.

Akshay Kumar and Sonam Kapoor are bringing inspiring stories of real-life heroes with Airlift and Neerja.

Aamir Khan and Hrithik Roshan who did not have any releases in the year 2015 will be back with big-budget movies like Dangal and Mohenjo Daro.

Akshay Kumar and Nimrat Kaur starrer Airlift is based on the invasion of Kuwait. Akshay plays the role of Ranjit Katiyal, an Indian-Arab billionaire who plans an ambitious evacuation mission to rescue 170, 000 Indians from Kuwait during the Iraq invasion. This film was shot in Ras Al Khaimah.

Sonam Kapoor revisits the story of Pan Am flight air hostess Neerja Bhanot who fought to save the lives of 359 passengers on a hijacked plane at Karachi in 1986. This film will portray the extraordinary courage of Neerja who was eventually shot dead by terrorists.

After doing big budget movies with no substance, Shah Rukh Khan is dabbling in brave themes after a long time. We still remember what a great actor Shah Rukh is with movies like Chak De India, Kabhi Haan Kabhi Naa, Dil Se etc. This year he will act in Fan and Raees. Raees is a crime-thriller directed by Rahul Dholakia and is set 1980s Gujarat. Shah Rukh will enter the unexplored territory of a clever bootlegger whose business is highly challenged by a tough cop played by Nawazuddin Siddiqui. Pakistani actress Mahira Khan makes her debut in Bollywood with Raees.

ALSO SEE: Hollywood and Bollywood films shot in UAE in 2015

Much loved director Karan Johar's next directorial venture Ae Dil Hai Mushkil is a highly anticipated movie of 2016. Aishwarya Rai Bachchan, Ranbir Kapoor, Anushka Sharma and Pakistani actor Fawad Khan will feature in this film that deals with the tragic side of love. While talking to Khaleej Times few months back, Karan said, "Ae Dil Hai Mushkil is not a love story or a love triangle; it is a story about love. What a broken heart can do to a person, what unrequited love means. It is not exactly what the title suggests, it about how difficult love can be, how difficult matters of the heart can be, how we can deal with it under different circumstances. It's not like Doosra Aadmi, what people are comparing it to, neither is it a love triangle because it has two girls and a boy. It is about complicated dynamics in love, and dealing with difficult matters of the heart." The film will be shot extensively in Vienna, London, New York, and other international cities.

Salman Khan will essay the role of a wrestler from Haryana in Sultan. Directed by Ali Abbas Zafar of Gunday fame, Salman has started shooting for this film. This sports drama might clash with Shah Rukh Khan's Raees.