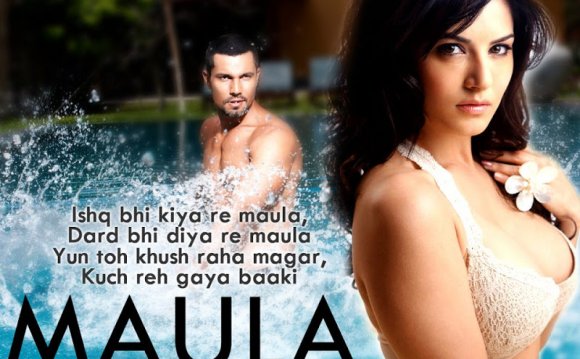 Sunny Leone was working in the adult entertainment industry in the US when Bigg Boss, the Indian version of Big Brother, invited her on the show. Little did she know then that it would be her ticket to Bollywood.

Her earnings and fame put her at the 45th place in Forbes India Magazine’s top 100 celebrity list in 2015. And she was the most searched person on Google in India in 2015— for the fourth consecutive year.

Yet, despite her various accomplishments in Bollywood and as a businesswoman, 34-year-old Leone was subjected to a rather humiliating interview by an Indian male journalist on CNN-IBN’s talk show, The Hot Seat.

Leone has been candid and unapologetic about her career in the adult entertainment industry in North America.

You would still do the kind of shoots, the kind of work you used to do, before you came into Bollywood?

Is your past now literally, figuratively a thing of the past now? Is that something that you think about? I began by asking you if you had any regrets, and you spoke about your mother, and if I was to turn the clock back, would you still do what you did?

Chaubey, constantly interrupting Leone to make his own point, dug out every possible negative statement or sentiment mentioning her.

Atul Anjan, who happens to be a member of parliament of the CPI, has consistently gone on record, and mind you, he is not the only one, the way he holds you responsible for corrupting Indian minds, Indian morality. When these kinds of comments are made, how do you react?

Leone, on the other hand, handled the questions deftly—and politely. “I am waiting for Obama to make a speech about me, ” she joked.

“You think that Aamir Khan would ever work with you?” Chaubey asked Leone next—a question she rightly pointed out must be asked of the actor.

“Would you want to work with Aamir Khan?” he went on. She said yes.

And there was still no stopping Chaubey. “There are some who believe that if Sunny Leone is becoming a brand ambassador of sorts of this new India, then it is a very dangerous trend to have. There are many housewives, there are many Indian married women who look at Sunny Leone as a threat to their husbands. They believe their husbands are all going to be taken away by Sunny Leone, ” he commented.

She replied: “Sorry, I don’t want your husbands at all. I have my own, I love him, and he is hot and sexy. He is very smart and very talented. Sorry, ladies.”

Calling her an “item” girl, Chaubey asked her whether she took acting as a serious profession—surely a question no other major Bollywood actor would be asked.

“Do you believe… you have a body… is it your body that will take your everywhere?”

“Are you saying we will see movies of Sunny Leone in the future where Sunny will be dressed up from head to toe, in a saree, covered completely?” (“Yeah, of course, ” she said.)

“I didn’t create that, ” she laughed the question off.

Maybe Chaubey needs to look at how India’s internet and mobile penetration has increased in the last four years.

Then came Chaubey’s worst, as he said: “A lot of chatterati (sic) that takes place, you see a Sunny Leone film, and you get morally corrupted. I am wondering whether I am getting morally corrupted because I am interviewing you.”

A poised Leone merely said, “I can leave, if you want me to.” That seemingly made the host a bit panicky, and he said, “Not at all, not at all…”

Leone’s fans and celebrities alike have come out in support of her.

Very unfair& rude interview with Sunny Leone on CNN IBN.She is taking it on her chin sportingly, obviously in the interest of her coming film

“The only reason why Sunny Leone… would have qualified to be on my show, is because it’s her past now evolving into her present, which is the story waiting to be told, ” he wrote in the post.